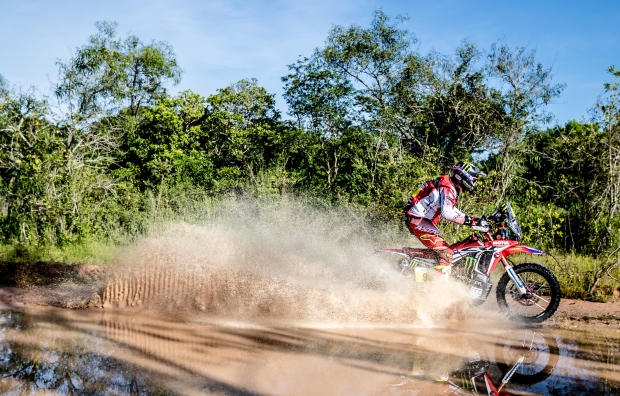 The riders of the Monster Energy Honda Team, Ricky Brabec, Michael Metge, Paulo Gonçalves and Joan Barreda kicked off proceedings at the Dakar Rally in style; all four occupying positions among the top eight finishers.

The long awaited 39 kilometre special stage that gets the Dakar 2017 underway turned out to be a positive one for the Monster Energy Honda Team. The short stage against the clock let the riders get a feel for the race ahead and gave them the chance to let off a bit of pent up energy over Paraguayan soil. After two days of administrative red tape at the headquarters of the Confederación Sudamericana de Fútbol and the Paraguayan Air Force base, the bikers finally got to sound the engines in the parc fermé and head up to the capital where the first timed section had been scheduled. In spite of showers over the past few days riders even got to raise a bit of dust, all of which the team took in their stride.

American Ricky Brabec, on the CRF450 RALLY, got the show on the road for the Monster Energy Honda Team setting a rapid pace that saw him get to the finish-line and momentarily hold the the fastest time. Subsequently, both Joan Pedrero and Xavier deSoultrait, the first race leader, posted marginally quicker times before being sanctioned with 1 minute for speeding in a section of radar. Brabec is 12 seconds behind the Catalan rider.

Michael Metge too was looking comfortable and rode a lively, trouble-free special to snatch the second step of the rostrum some 16 seconds adrift of the overall leader before a penalty in a radar section. Metge dropped to eight place. Teammate Paulo Gonçalves, not wanting to miss out on the fun, finished the third fastest Honda rider, with a second spot on the day after the Metge’s penalty. Meanwhile, Spaniard Joan Barreda had a good start after setting off from tenth starting position, rounding off the day with a fifth position after getting held up briefly in a ford.

Riders thus get to leave a sweltering Asunción behind, where the heat and humidity have been unbearable, bound for Resistencia, Argentina, where the rally bivouac is set up and where tomorrow’s second stage starts from.

CHACO, HEADS OR TAILS
The regulars believe they know Argentina, but they have yet to encounter the “Chaco”! In this region chalk-full of history for connoisseurs of world rally competition (Transchaco, etc.), patience and a cool head will be invaluable assets, especially when it comes to the dust. Unless, of course, it turns to mud!

It was a stage that got tricky halfway through at a ford where I tried to push hard to overtake one of the riders ahead and the engine stopped and I had trouble getting it started straight away. Luckily, I managed to get it started and didn’t lose too much time. After that I attacked the rider in front with a good pace, but it was impossible to get by with the amount of dust that he was raising, and besides, I didn’t want to take any risks. I’m pleased about how I got over a minor problem.

Today we had a short special stage but with a long day. We were at temperatures over forty degrees with only 40 kilometres of timed special but 500 in total. Now we’ve got a good look at how the Dakar is going to be. The important thing is that the sensations are good and we have started very well. This is an advance of what lies ahead. We have to keep pushing because we still have the whole race ahead of us.

The liaison section was pretty tough. It was 354 kilometres and the special was only 39 km! I think that today was a bit of a shake-down for the riders, the machines and the crew. The racing hasn’t really begun yet. Tomorrow I think will be different. The humidity and the heat here are insane. You walk outside for thirty seconds and you think that you are melting. It’s taking its toll on the body and, for sure, on the machine too, as you are really pushing it. The heat is a really big factor. It will all come down to saving yourself and saving the machine, to get through the extreme heat and high elevation.

Today was super! We’ve been waiting for this moment for a very long time. I started the special stage very well. I didn’t want to push it too much as it’s only the first day and the terrain was a bit delicate. I found a good pace that I was able to keep up and I made it to the line with a good time that gave me a nice overall position.

The Honda CRF450 RALLY bikes have started to roll in the Dakar 2017 in a stage which was, in spite of being very short, nevertheless a tricky one due to the conditions that we found when we arrived in Paraguay: a lot of heat and humidity but also some showers which left a lot of water on the tracks. Today was a very good day for us, all the riders finished in top positions and that shows that we are working well. We kept a good rhythm in the race but we have to go easy as it is a very long rally. We are ahead, focused and already thinking about tomorrow and the long stage in front of us. Everyone did a great job, from Ricky to Joan plus Paulo and Mickael too. Let’s try and keep it up. 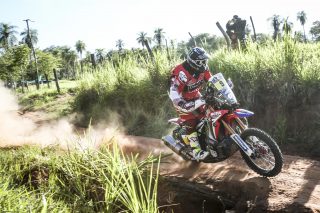 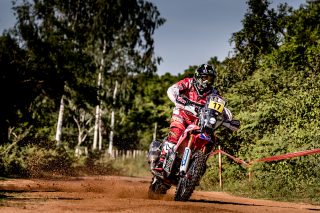 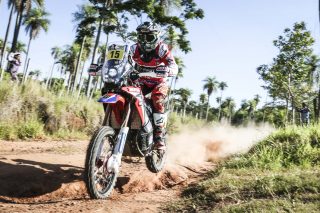 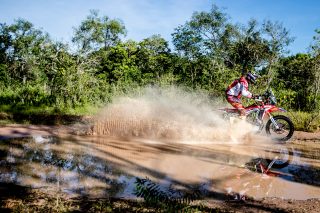 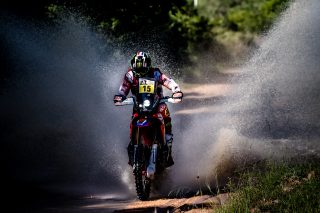 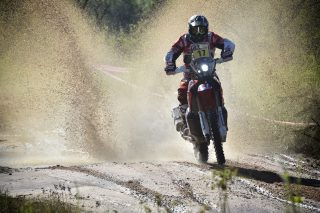 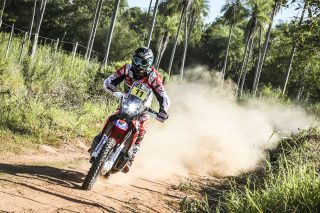 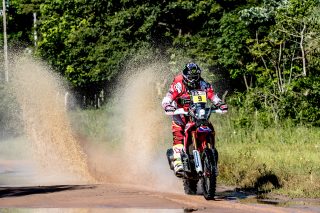 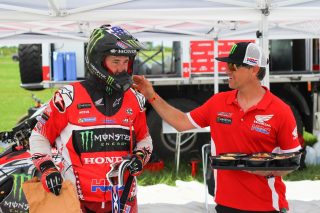 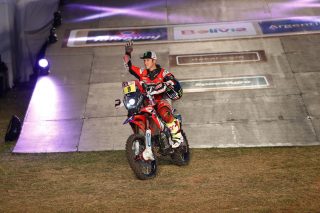 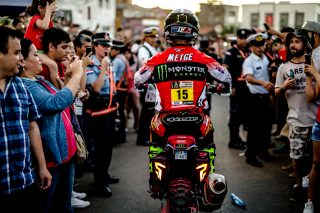 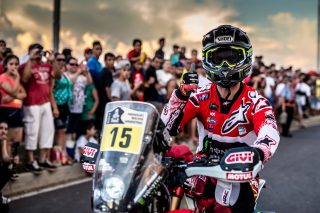 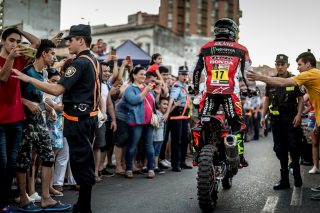 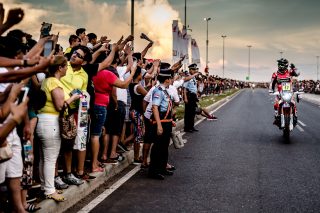 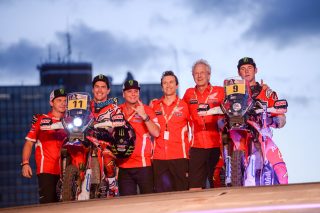 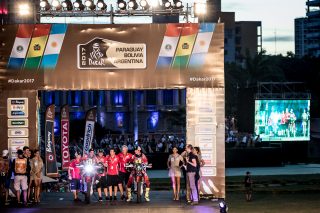 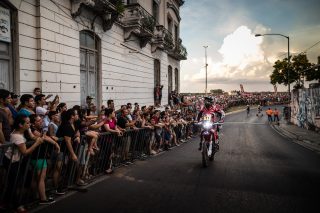 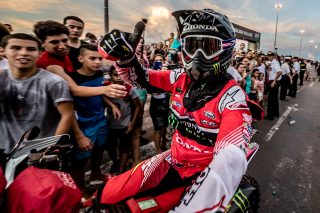 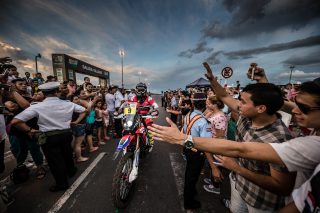 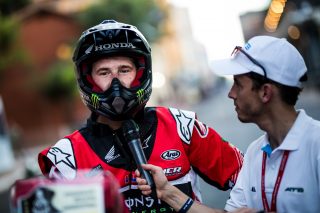 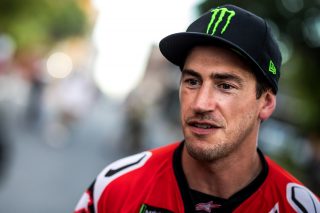 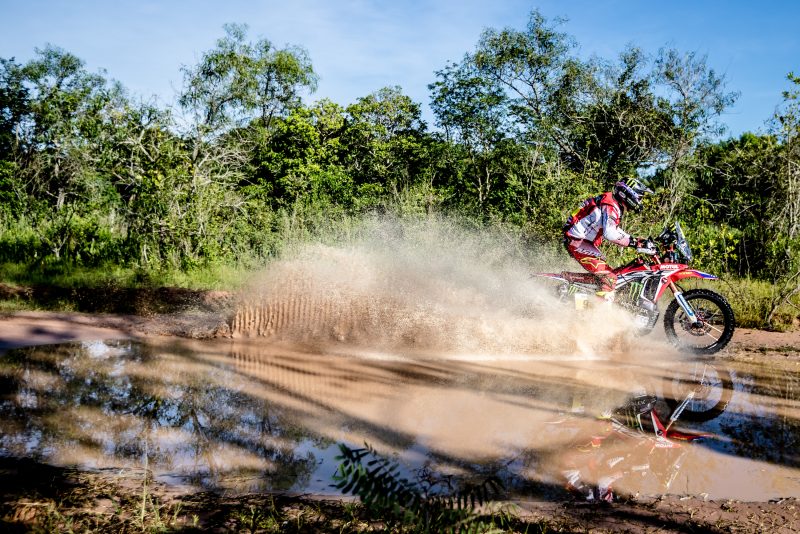