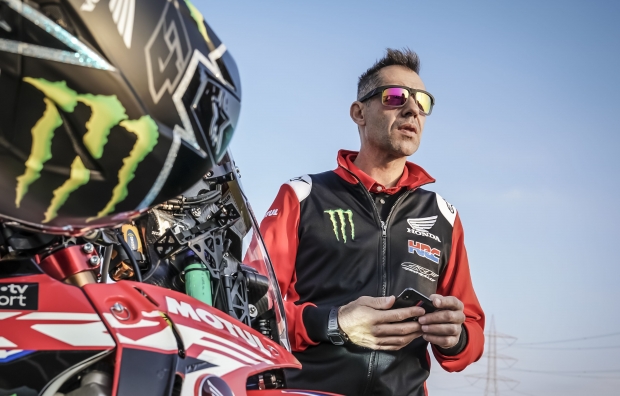 Just three years ago, Ruben Faria (Olhao, Portugal, 07/30/1974) was still competing in the Dakar Rally. Finishing second in the world’s toughest race in 2013, the new Monster Energy Honda Team General Manager knows the world of Cross-Country Rally perfectly and, in particular, a race as special as the Dakar.

A few days prior to the start of the 2020 Dakar Rally, we spoke with the team principal, who is already in Yeddah preparing to undergo the pre-race technical and administrative checks ahead of the start on January 5.

-What are you expecting from the team this Dakar?
-All of us in the team have been working hard, giving everything so that the five Monster Energy Honda Team riders are at their highest level for this Dakar 2020. We have carried out several tests and all the staff have been working really hard in Japan too. None of us, riders included, have stopped at all this year. In terms of physical preparation and lack of injuries, this looks set to be our best year. Kevin, too, has recovered from the injury sustained in Morocco, but everyone has prepared adequately for this Dakar. The bike is also at the level demanded by the challenges of Saudi Arabia. It is a totally new Dakar, we know practically nothing about it and it will be a day-by-day discovery.

-The Dakar 2020 has a complete change of stage with all the riders and teams arrive on an equal footing. How do you prepare for an event where virtually everything is an unknown?
-It’s true. The team has been preparing for a race that is almost a total blank, with practically no information until the ASO communicated some of the data concerning the race. The recent weeks have been quite intense, preparing the Dakar in the most thorough way possible. ASO has taken advantage of the fact that the race has come to a new country, a new continent, to make a rally where everyone starts with the same information.

-There are several new features in this year’s Dakar, such as the Super Marathon or the pre-painted road-books, which, in at least four stages, will be issued on the very same morning, before the start of the special. How could this affect the Monster Energy Honda Team riders?
-I think in the same way that it will affect other teams. There are many novelties and it is great that there are improvements to the Rally-Raid competition. We will see how things turn out and how we can sort out any issues that we come up against, but we will try to adapt to the new race system. On so many race days, a bit of luck is needed, but we try to work hard so we don’t need it!

– Let’s analyze the team. What qualities do you see in each of the riders of the Monster Energy Honda Team? What do you think of the most veteran of them?
-Joan Barreda is a very good rider, he has shown throughout his career that he is very fast and continues to be very fast. He is the current rider with the highest number of stage wins and that is why he is with us, tackling his seventh Dakar with the team. He hasn’t won yet, but he’s always in the running for the victory. He is very calm and I think we are managing the season well, taking the pressure off him. I think he is looking good after the season that he has had. If Joan reaches the end, he looks certain to be on the podium.

-One of those who came close to winning the race, with second place in 2018 and fifth in 2019 after some incidents which affected his final performance. How is Kevin Benavides?
-Kevin has been our best rider in the two most recent editions. Last year, he managed to reach the end and finish fifth even in spite of some problems. He arrives at a good moment, having now recovered from the accident in Morocco. Kevin is a rider who I have every faith in and, if nothing strange happen, I’m sure he will also be fighting for the podium. He is very relaxed and he’s feeling good. He is now a more mature rider and I think he’s looking good for a great 2020 Dakar.

– Last year Ricky Brabec had a great Dakar. Without making a big fuss, he went from being just another rider, to being one of the favourites to win the race…
-Don’t forget Ricky! In the last Dakar, when he came up against an issue, he was in first position, leading the race by seven minutes. Last year he made a huge leap forward and showed himself to be one of the riders who could win the Dakar. This was consolidated in 2019 and we believe he will be in the same conditions to attack in the Dakar 2020, in a country that could be well suited to him. Don’t forget that after the last Dakar Matthias Walkner congratulated me on Brabec, he told me that he was a rider who is very difficult to follow!

-We have two young riders in the team; one is Nacho Cornejo, who in the last two Dakars finished in the race top ten. Maybe he will be able to make his mark in the second week, where there will be a lot of riding in the dunes…
-Nacho is a rider that I personally like very much; he is a great guy and among his skills are off-piste navigation, especially in sand. He may have some difficulties in stony areas, because of his weight issues, being very light and so the bike moves more and he loses confidence, but he has another point in his favour: the longer the races are, the better he finishes. If Nacho finishes in the top five he will be very satisfied.

-The Monster Energy Honda Team for 2020 will feature a new rider, who will replace Paulo Gonçalves: Aaron Maré. What do you see in the South African rider?
-With Ricky, Joan, Kevin and Nacho we were very good. Paulo left the team this year and we thought we had to keep the number of riders at five. That is why we incorporated Aaron Maré, a very young rider, but eager to learn. He has a good character and will certainly learn quickly and help the team to do a good job. It will be his first Dakar and his fourth desert race, he has to tackle the race without making mistakes, or falling, while trying to help out the team.

– Not long ago Ruben Faria was at the handlebars of a motorcycle as a rider. Is it perhaps easier, in your current position as head of a team like the Monster Energy Honda Team, to know what the riders and teams need?
-Well, maybe it helps, but as always, when you’re on the other side, you see things differently. Yes, I know what they need, but I also know that sometimes it is not easy to deliver everything you are asked for. We try to do our best and we are all in the team for that reason.

-How do you manage a team with more than 30 people involved?
-It’s not easy at all. It is a team with members from various nationalities, different cultures and you always have to manage and satisfy all the team needs. The important thing is to be here, just three days before starting the Dakar, with everything prepared, with a lot of work done in advance, giving them the tools that make it possible for them to carry out their functions successfully. That is the most important thing. Hopefully we can reach the end of the Dakar satisfied with how much the team has worked. 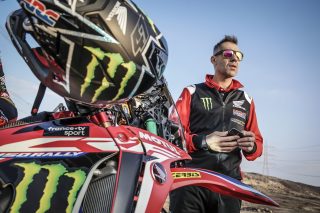 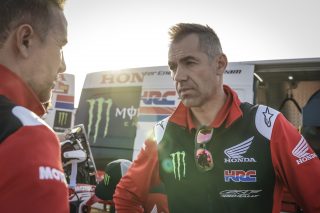 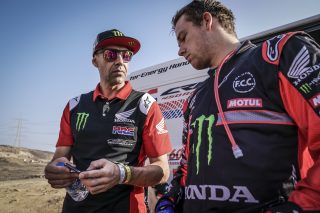 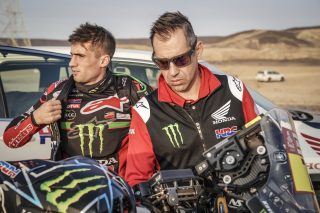 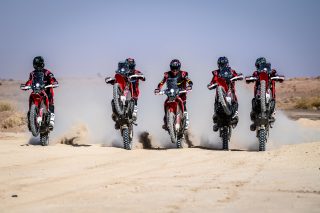 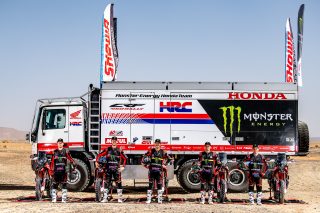 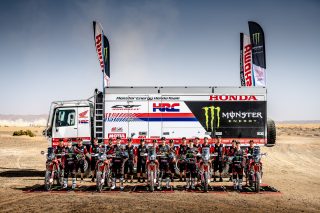 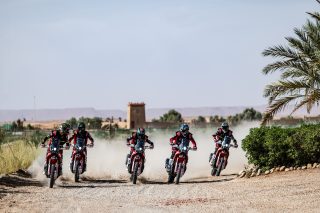 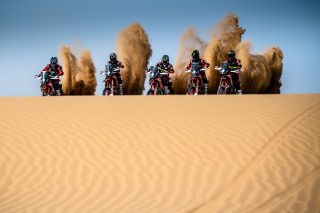