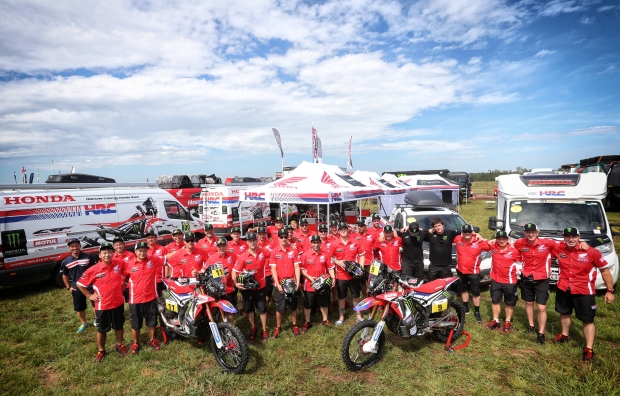 The four riders of the Monster Energy Honda Team are all set to tackle what looks set to be the toughest ever challenge since the Dakar Rally transferred to South American soil. Over the coming fortnight, 145 bikers can expect a gruelling 9000 kilometre escapade which will feature 12 arduous stages across three countries on a ride that will take the plucky challengers up to 4,000 metre altitudes.

After welcoming 2017 with a somewhat brief New Year’s Eve celebration, the riders of the Monster Energy Honda Team Joan Barreda, Paulo Gonçalves, Ricky Brabec and Michael Metge are poised to take the starting line of the Rally Dakar 2017 tomorrow, January 2nd, in the Paraguayan capital Asunción. Paraguay will be making a Dakar debut hosting the start of the planet’s most punishing challenge, now in its 39th edition.

Unfortunately, Monster Energy Honda Team have been dealt a bitter blow with young gun Kevin Benavides absent from the start-line in Dakar 2017. The gutsy Argentine rode to a spectacular fourth overall place on his maiden Dakar last year, but suffered a severe wrist injury a fortnight ago. This means a disappointed Benavides will miss the opportunity to let rip with the Honda CRF450 RALLY whose fairings are emblazoned with the number four.

The rest of the team made it through the pre-race technical and administrative checks and have been given the go-ahead by race authorities to commence the Dakar Rally 2017 adventure. The bikes now await their destiny enclosed in the parc fermé. Tomorrow riders will get the final briefing from Race Director Etienne Lavigne and Sporting Director and ex-rider Marc Coma.

Subsequently, competitors are set to participate in a celebratory starting ramp heading out from Parque del Bicentenario in the Guarani capital. The riders can expect a warm and rowdy reception from the Paraguayan home crowd as the Dakar adds yet another name to the lengthy list of Dakar Rally host nations.

Monday 2nd January is when the fireworks really begin as the 39th edition of the world’s most treacherous rally fires up. Ahead lies a 9,000 kilometre assault that will zigzag across vast swathes of Paraguay, Bolivia and Argentina. Competitors will be tested to the absolute physical limits in a race that includes six days with altitudes above 3,000 metres.

The first special stage gets underway tomorrow at 08:00 hrs with 39 kilometres against the clock. The result will determine the starting order for the far more taxing second stage the following day.

Monster Energy Honda Team would like to wish all of you a happy and prosperous New Year 2017.

Here we are in Paraguay, a new country hosting the Dakar and the start of the 2017 edition. We have a team that has prepared very much for this Dakar and we are all set to go. The riders and the bikes have passed the administrative and technical checks and after this long season with so many races and so many kilometres, we can definitely say that we are well-prepared for the 9000 kilometres of rally over the most difficult conditions. It is a pity that in the end there are only the four riders – we will miss Kevin, but we are nevertheless equally prepared for the race. Good luck to everyone and thanks for supporting us.

There are only two days to go until the biggest race of the year; we know that it is going to be a tough race, but the team is well-prepared. It is a really well-constructed and solid squad. It is a shame that Kevin couldn’t be here with us too, but it is a great group nonetheless. It will be a really tough race for the climatic conditions and due to the heat and rain, which look set to complicate the start of the rally. Fortunately, we are in the final part of the ‘shake-down’ which is the most stressful part for everyone. Finally the most spectacular race in the world is about to get underway. Team HRC, the Monster Energy Honda Team is ready to roll.

I’m excited to be a day away from the start of the Rally Dakar 2017 with the Monster Energy Honda Team. We have worked really hard throughout the year to be able to be here with the best team and greatest bike. Joan, Paulo, Ricky and Mickael are ready for the challenge and likewise the Honda CRF450 RALLY. Unfortunately, we are missing a rider here, Kevin Benavides, who we would like to wish all the best for a fast recovery. Happy New Year to everyone. 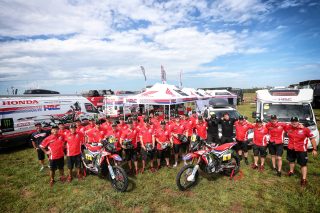 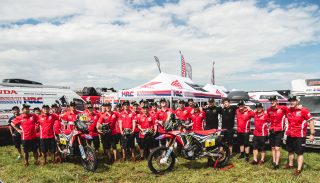 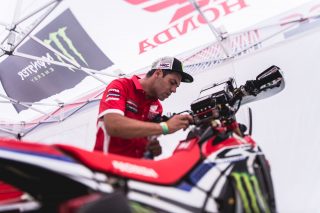 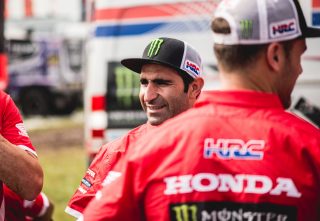 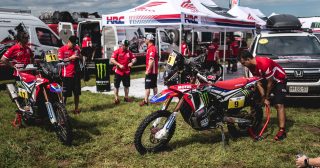 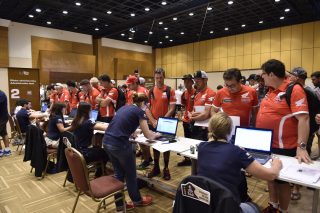 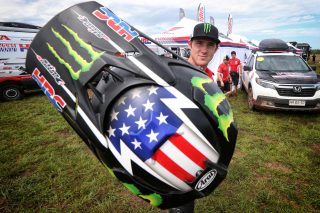 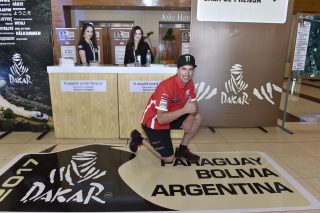 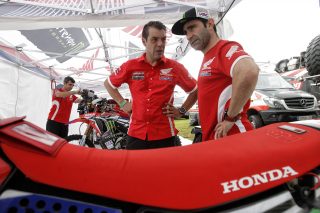 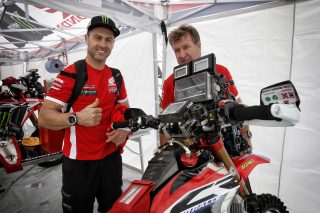 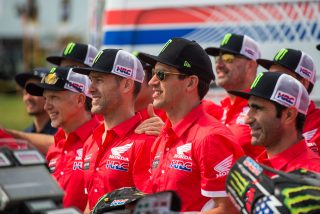 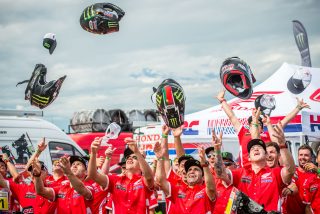 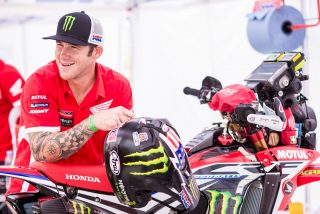 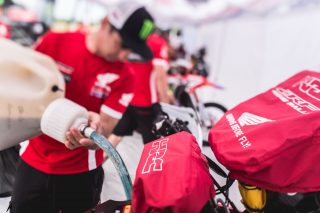 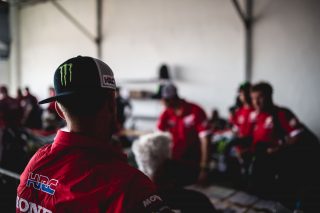 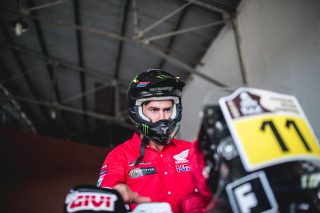 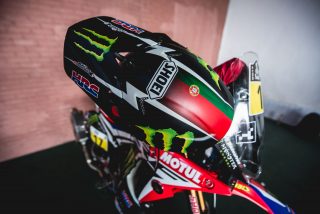 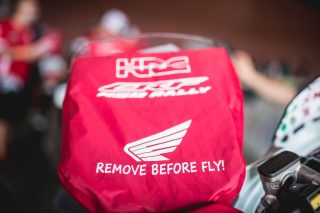 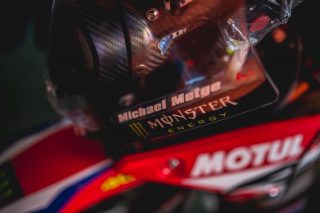 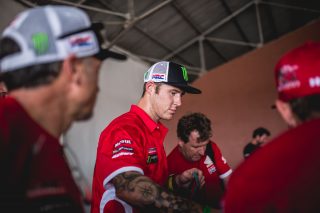 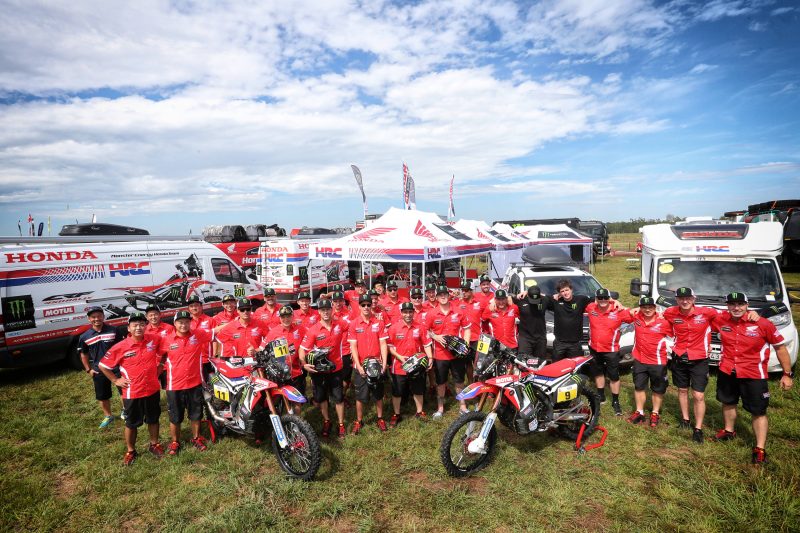