Paulo Gonçalves, second-place finisher for Honda in 2015, today took part in the official 2018 Dakar Rally presentation, as details of the race were revealed. The 40th edition looks set to be a hard-fought event in which the Monster Energy Honda Team will have their sights firmly set on a final victory.

One of the longest-awaited days for the Dakar community finally arrived yesterday. Until then, all that was know about the rally was what had been unveiled earlier in March with the announcement of the locations for the 2018 odyssey with its coveted bronze Tuareg statuette prize. This time it was the Pavilion d’Armenonville in the French capital that on Wednesday hosted the official presentation of the key details of the 40th edition of the Dakar – the mother of all rallies – the longest and toughest challenge for both riders and mechanics.

The event began with an ample summary of the race’s thirty-nine year history with some of the most poignant pictures, highlighting the courage of the riders over nearly four decades of offroad thrills and spills. Dakar Director Étienne Lavigne spoke about the epic South American adventure: ‘It is likely to be exceptional. Peru will again feature, like it did in 2012 and 2013. Bolivia will host the race for the fifth time too and Argentina will also be present as it has done every year since 2009′.

There remains only a month and a half before the busy streets of Lima begin to reverberate to the howl of the Dakar engines on January 6, 2018. The capital of Peru returns to the competition after a four-year hiatus. With just forty five days to showtime the Monster Energy Honda Team are primed and poised to get their Honda CRF450 RALLY on the road for the mammoth 9000 kilometre trek that leads to the final finish line in Córdoba, Argentina. En route competitors will be faced with thirteen gruelling days of racing. By the time the entourage arrives at the halfway stage for the rest day in La Paz, the capital of Bolivia, riders will barely have time to catch their breath or prepare for the final intense week which is expected to be one of the toughest rallies in the ten years that the event has been held in South America.

‘The Dakar has been the race of my life,’ was how Sporting Director Marc Coma described the Dakar Rally at the presentation. ‘It will be a dream ride to celebrate the four decades of this extraordinary race. It will be a magic edition where the riders will be able to battle through the dunes and get lost in Peru. Once again we will be able to surrender to the adoration of Bolivia, before we end up back at South America’s motorsport capital Cordoba, where there will be a big party to celebrate ten years of the Dakar in South America. We have juggled around the stages, for example, with the second stage, where the bikes will start after the cars. Also, stage four will have a motocross-style start and the alternating fifth stage will be where the riders will get to see the Tanaca dunes for the first time. In Bolivia, after the rest day in the capital La Paz, the first of the two marathon stages for motorcycles takes place. One of the longest stages will be Stage 8 from Uyuni-Tupiza. The entrance to Argentina will begin to mark out the clear favourites to win the race,’ stated Coma, ‘The altitude will be left behind and the sand will welcome us. Navigation will be a key factor and the starting order for the Fiambalá Super Special may also be crucial before reaching the final part of the Dakar, which will end in Cordoba with a final special loop in the mountain range, crossing numerous rivers’.

Lavigne also went over some of the data of this edition, which will feature about 337 vehicles, including 190 motorcycles. The Monster Energy Honda Team will participate with Joan Barreda (# 5), Paulo Gonçalves (# 6), Michael Metge (# 14), Ricky Brabec (# 20) and Kevin Benavides (# 47) and will be hoping to live up to their role as one of the Dakar 2018’s favourites with a corresponding place on the final podium in Córdoba. 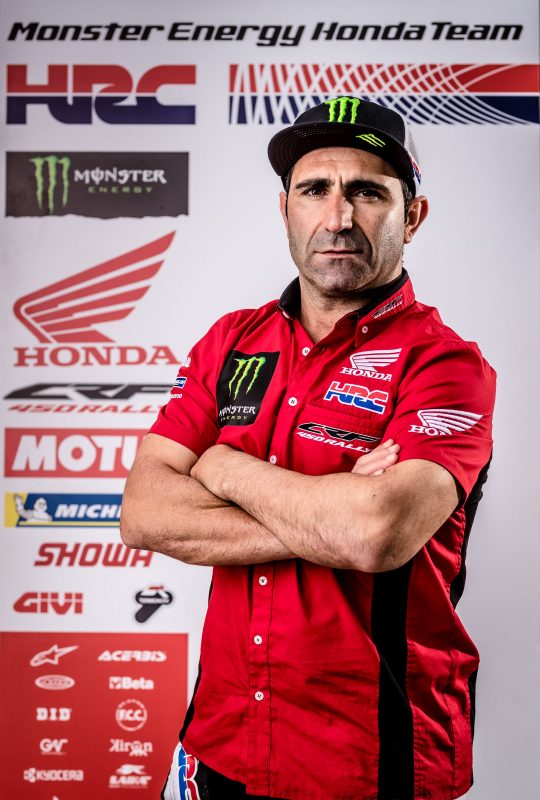 As we expected the Dakar that is coming will be one of the most competitive in history and will, perhaps, be the most difficult one to date. With today’s presentation we have seen that there won’t be a single day’s relax and every day will be extremely demanding physically, for the riding and for the navigation. For our part, we will give it everything, everyday to try and make it to Cordoba in the best possible positions.

The presentation of Paris always signals the point of no return in the preparations for the Dakar. It is difficult to do what has not already been done in this month and a half leading up to the race. As Marc Coma mentioned - and we hope he’s right - is that this 40th edition will be really tough; if the race is not hard then it wouldn’t be the Dakar. This race puts everyone to the test: riders, motorcycles and equipment; for two weeks you can’t make mistakes and we hope this will be our year. We have worked hard throughout the season to get in shape for this Dakar and to be able to celebrate a good result when the rally finishes. 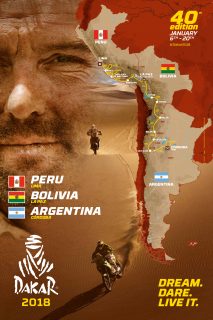 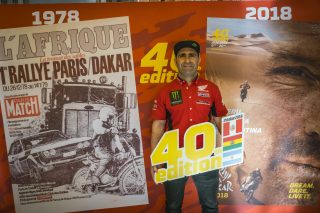 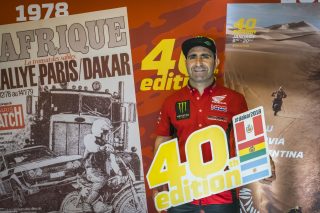 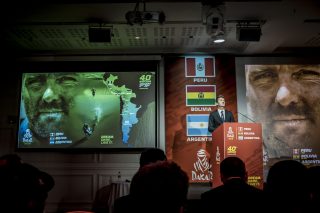 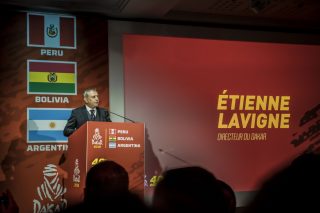 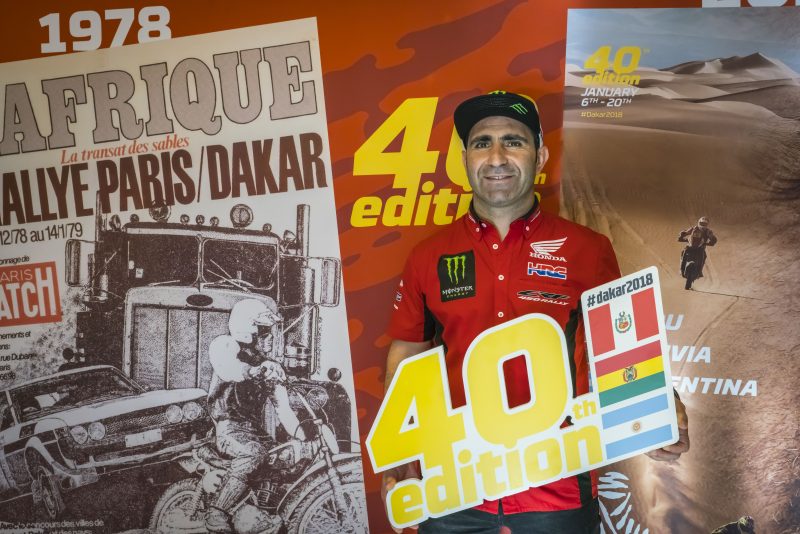