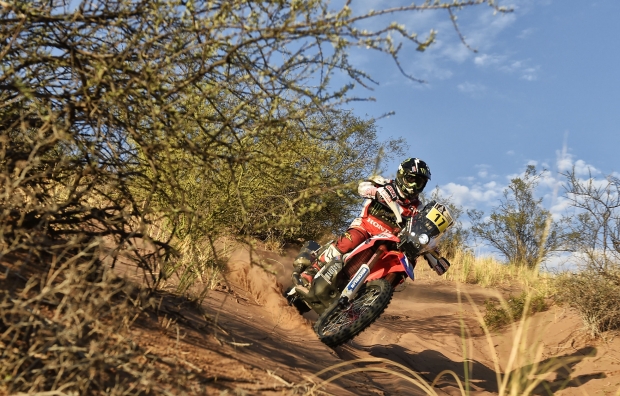 The Monster Energy Honda Team continue to show a high level of commitment to the race and are tenaciously battling on until the end. In the penultimate stage of the Dakar 2017, Joan Barreda was the best of the one hundred bikers who made it to Río Cuarto, with Paulo Gonçalves posting the day’s second quickest time. The Honda CRF450 RALLY has now triumphed in five stages.

The last long stage of the Rally Dakar was disputed today between San Juan and Río Cuarto, in the province of Córdoba. The 288 kilometres of special concluded with another one-two for the Monster Energy Honda Team.

Joan Barreda, as yesterday’s stage winner, was lumbered with the task of opening the track. He headed out this morning in first place and finished the race still firmly at the head of the field. This is never an easy task as distractions can prove costly. Barreda pull off a very difficult feat in winning two consecutive stage victories. The Spaniard has now clinched the top honours in four of the stages. Portuguese team-mate Paulo Gonçalves, also thundered through the route aboard the Honda CRF450 RALLY to take second place. The course took the riders over many variations of terrain: sand and some vegetation to begin with, some mountain tracks and then some speedier sections which usually feature in the WRC. In the general standings Barreda lies in fifth and Goncalves in sixth.

Frenchman Michael Metge, who picked up a penalty yesterday for skipping a waypoint, started from further back and was determined to make up time. Nevertheless, one of the revelations of this Dakar found his progress hampered by the dust and rooster-tails of the riders ahead. In spite of the inconveniences, Mika still managed to post a seventh spot as the race wound up in Río Cuarto.

American rider Ricky Brabec ran into a spot of bad luck which puts an end to his Dakar aspirations. A heavy fall saw a rock damage the machine’s radiator and forced the rider out of the race just six kilometres from the finish-line. Race authorities refused to allow the rider to wait for a tow, deeming the zone too dangerous, before finally airlifting him back to the finish.

Tomorrow the 39th edition of the Rally Dakar 2017 wraps up with a short, looping 64-kilometre special which starts and finishes from the Río Cuarto bivouac.

TIME FOR HEROES
They took on the adventure, and will now become heroes. The 64 final kilometres of the selective section will pose nary a problem… you just have to go the distance, before enjoying an arrival of the special stage placed in the heart of the bivouac. At the end of a long liaison section, the podium ceremony in Buenos Aires will be conducted in front of the Argentine Automobile Club (ACA).

Today has been a good stage, where I opened the way throughout. There were very many kilometres and hours on the bike. It’s always a fatigue and an over-exertion to have to open the track two days running. In the San Juan part there were tracks and pot-holed areas. In the public area they had cordoned off one section and I knew I had to go right but the tape put me off and I went left and then had to double back on my tracks. The public distracted me for a moment and I lost the direction for a couple of minutes. In the final part there was navigation and rutted track for the part of the World Rally Championship. There were a lot of public and animals on the track. It was important to stay very focused.

Today I think that things went well. We had a good time in the first part with 120 km of sand as if it was Le Touquet. I enjoyed myself and got a good time. In the afternoon things changed quite a bit on the mountain tracks in the style of the WRC, with a lot of sliding around. I’m happy with the way I have been doing things as well as for the team and HRC. Everything has been working really well and the bike hasn’t given us any problems at all on any of the terrain types. We will continue to push tomorrow as there is just one day left to finish the race.

We have finished the penultimate stage and the last long special. In the dunes with some vegetation there were some winding routes where I fell. I got trapped under the bike until eventually I was able to slither out from underneath it. With that I lost a bit of time, but later I was able to pick up the pace a bit. I enjoyed the second part very much up there in the mountain paths and I was able to recuperate some time. It was fun.

Stage 10 was going good for me. I felt comfortable and confident and I had the speed. Early on a tip-over damaged the motorcycle but I went on to win the first special. Then, six kilometres from the finish, the bike died on me and that was the end of my Dakar. I called for some water and they told me that it wasn’t safe for me to stop there and wait to get a tow. They made me go to the helicopter to get a ride to the finish-line, which was six or seven kilometres from where I was. That was the end of my Dakar. Next year I hope to come back and finish better than I did this year.

I’m very pleased with the way that things went for the riders today. Paulo had a great race again and Joan also winning on the Honda CRF450 RALLY in spite of opening the track all day, which was no easy task. The team is working really hard and carrying on down the path that we started. We will keep fighting until the end. I wish to thank the whole team: the riders, the Japanese technicians and the mechanics who have all really made a huge effort all these days and who are all doing a great job. 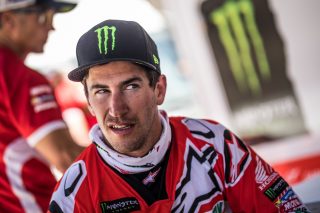 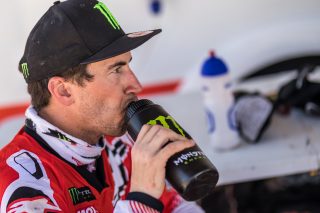 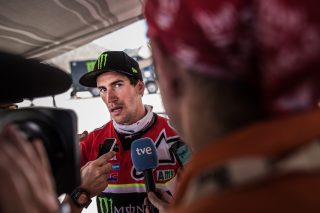 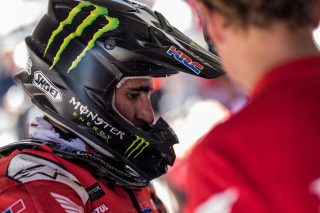 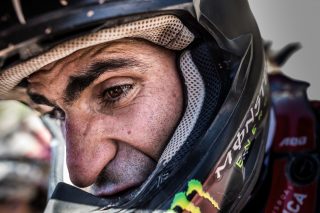 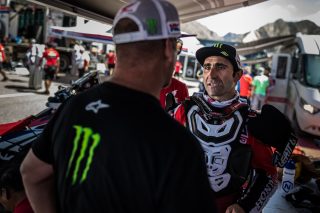 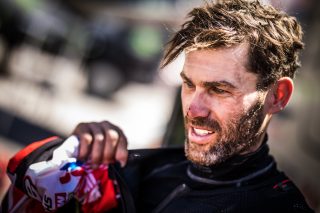 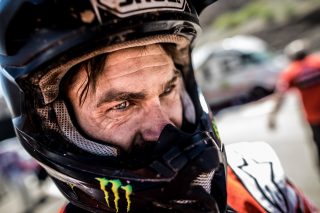 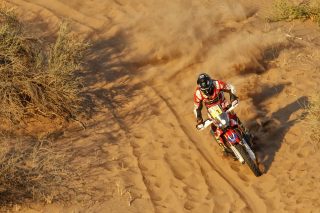 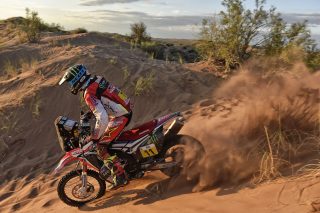 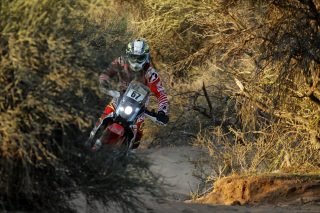 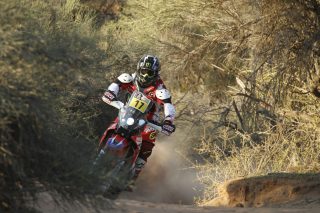 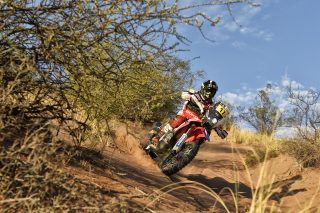 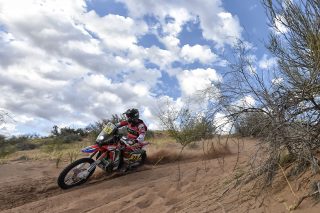 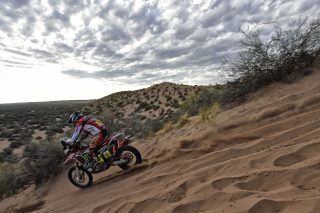 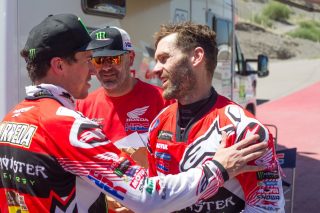 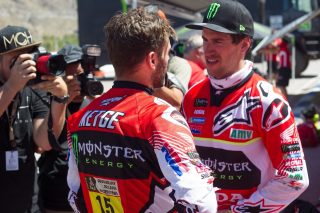 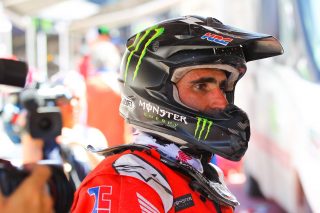 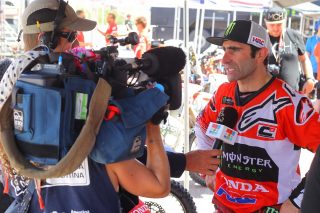 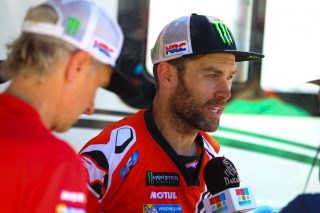 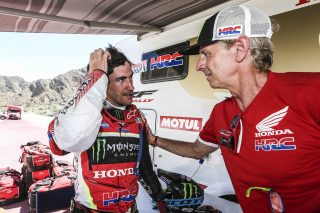 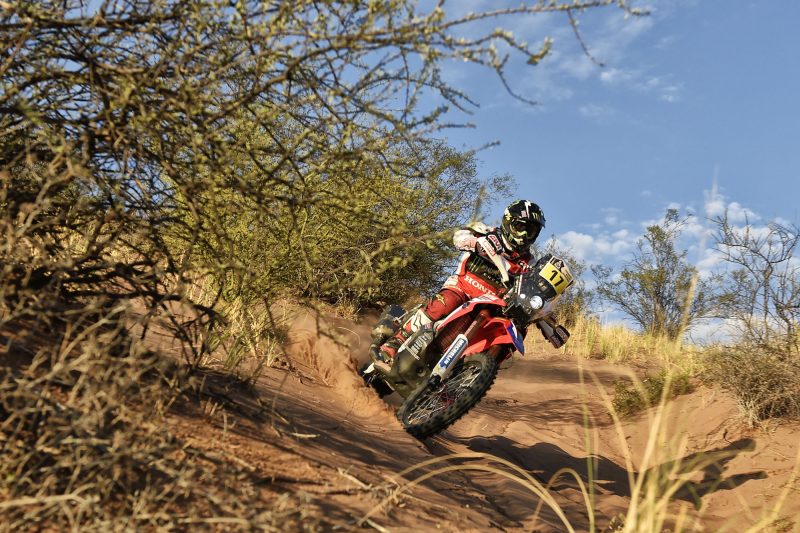