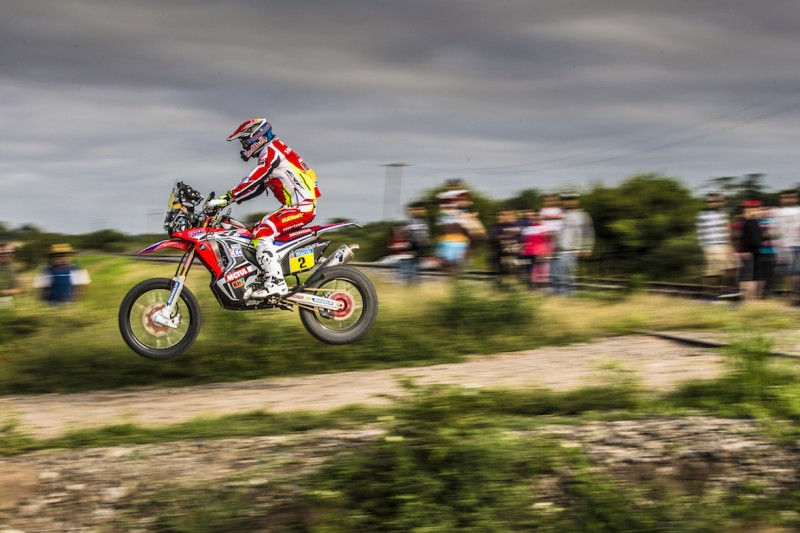 Monumental second stage result at the Rally Dakar 2015 for Joan Barreda and Paulo Gonçalves, fastest against the clock as they wage an arduous battle against the high temperatures in an interminable special.

Joan Barreda, Paulo Gonçalves, and the Honda CRF450 RALLYs turned out to be the day’s protagonists, in the lengthiest and toughest stage of this year’s Dakar 2015, making it a one-two finish.

Barreda managed to prise open a lead of 6 minutes over his Honda team-mate and storms his way to the top of the overall leader-board. It was exhibition stuff from Team HRC, in spite of a track booby-trapped with every kind of hazard in a race that snaked its way across 518 kilometres, against the clock. The varied terrain subjected the rider’s navigational skills to the limits, as the course took in rocky mountainous track, then hit sand, fesh-fesh, dried river-beds, and finally as the race wound towards San Juan, an area of dunes. Scorching 45º conditions made it all the more difficult.

Hélder Rodrigues catapulted himself up five places on the overall leader-board from just one stage ago. Not bad considering he had barely shaken off a heavy dose of flu. Jeremías Israel finished a few positions behind his previous day’s effort, due mainly to a fall in the early part of the special. Rounding off Team HRC was Laia Sanz who finished one place ahead of yesterday’s final position.

A vision of red
The pressure which competitors faced the day before (and late into the night for some of them), will partly ease off on the road to Chilecito. The shorter and less intense stage will allow them to enjoy their majestic surroundings. The red earth tracks, overlooking steep peaks and plunging down into canyons, will take the Dakar through one of the most beautiful regions of Argentina. But no-one should be tempted to sit back and enjoy the view, particularly on the motorcycle and quad bike routes which include some gruelling sections. With thousands of stones to be avoided, it will only take one to ruin this magnificent day!

In the end we set off with a game-plan to not make any mistakes and arrive safely at the finish-line. The result has been amazing. In the first part, Sunderland and Coma pushed really hard and I overtook Paulo to try and stop them running away with the stage. In the end, it was more about survival than anything else. We had to measure the pace and keep focused on the navigation as there were some extremely tricky spots, plus another stretch towards the end, that really put a strain on the body.

I think that this was the most difficult Dakar stage that I have ever done. The first 200 km were on mountain track full of rocks, and then suddenly, it all changed to sand, fesh-fesh, and heavily-rutted track, and all of that at really high temperatures. We all really suffered in that very pot-holed area. We are in a great position now in the rally. But there’s a long way to go and we’ve got to stay focused.

I think that in the end it worked out very well for the whole team. We are ahead in the race and that’s the most important thing. I did better than yesterday too. I’m just about over my flu now, and so the time has come to start pushing harder physically. I’m very pleased to have made it to the finish in perfect shape, and without having made any mistakes in what was a very complicated stage.

It was a really hard day. There was a lot of everything; mountains, fast track, sand… and high temperatures. I think that it was one of the hardest stages that we will have in this Dakar. I’m fine in spite of having made a couple of mistakes. I fell at the beginning, but I’m happy to have had a calm, problem-free stage. The bike went like a dream throughout the stage; it was important to get through it. I think we did the business today, and I’m glad that the team is heading the race.

I suffered a lot in the first part of the race. It looked like it was going to be easy and fast, because the start of the special was like that, but the final 150 km were really exhausting. I had to slow the pace down because physically I was tired, but by the look of things, I wasn’t the only one. I’m happy to have made it to the end of such a long and difficult day, and I’m pleased that the bike and the tyres are in good condition too.

It was a really hard day. In the beginning there was a lot of dust. In the sand I tried to take things with a bit of calm, not make any mistakes or ruin the day. The race has only just began but I’m confident in our chances. 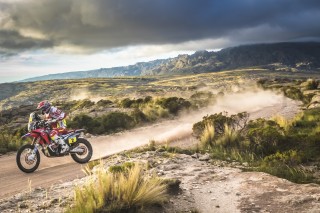 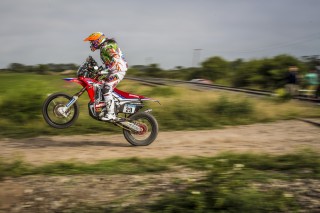 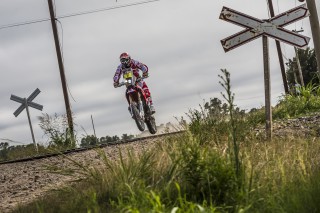 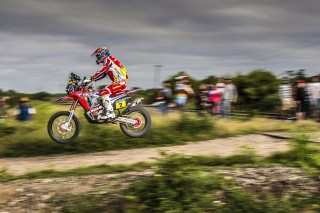