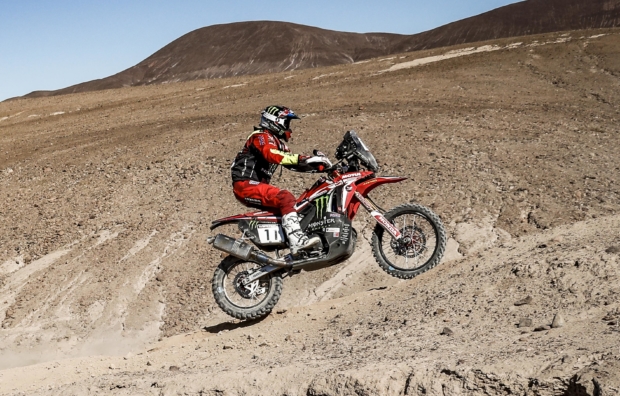 Joan Barreda finished the day as the top team rider with a third place finish at the end of the second leg of the marathon stage. Barreda himself and Kevin Benavides both retain podium aspirations as the rally heads into its final stage tomorrow (Saturday) in Copiapó.

The second part of the Atacama Rally marathon stage concluded today with the fourth stage fought out between Bahía Inglesa and Copiapó. Competitors faced a total of 426.68 kilometres, including a taxing 350-kilometre timed special over broken track, mountain paths, rocky terrain and a smoother final section that even took in some sand dunes.

Amid such treacherous conditions none of the Monster Energy Honda Team riders wanted to take a risk. The perilous rocks and stones in the mountainous areas elicited a more precautious ride. The consequence saw Barreda come away with a podium finish for third, with Kevin Benavides taking sixth, Ricky Brabec, eighth and Nacho Cornejo, ninth.

In the general standings, with just one stage remaining, Barreda holds fourth some 6’42” behind the overall leader and, like Benavides in fifth place, nine minutes astray, both still have chances of making the final podium. Brabec is sixth overall and Cornejo continues in ninth.

The fifth and final stage will consist of 260 kilometres featuring a 184.5-kilometre special against the clock which will bring the show to a close in Copiapó.

Today was a day when I didn't feel comfortable. I went on the attack but it was very dangerous, very broken and I preferred to take care of myself and the bike. I was not at ease. It is not the result I had been hoping for today, but there is one final day to go and we will give it everything, as always, on the last day. Hopefully we can finish the race well.

Day after the marathon. Stage four was good. A lot of off-piste and a lot of rocks. Unfortunately I lost a bit of time in the second half of the special. I found that one side of the tyres had a big rip in it. The mousse was hanging out. That was a bit scary. I didn’t want it to fall off the rim and make it crash. I took it easy after re-fuelling. Unfortunately I lost a lot of time in the special. It is what it is and you’ve got to get to the finish. I got to the finish and lost a little bit of time. I’m a little bit upset about the tyres and how they didn’t hold up. It is what it is and we are ready to ride tomorrow.

It was a very long stage with many hours on the bike. The second part of the marathon stage wasn’t as easy as the first part with a mountain area with many stones, very hard, where you could make a mistake anywhere, so you had to stay focused. The final part in the sand, rounded off the many kilometres. The riders in front kept a very good pace and wasn’t easy to do battle with them. I think we had a pretty good race and we will try to finish it as well as possible tomorrow.

We have finished the fourth stage and the second leg of the marathon stage. It was a tough stage, with a lot of stones, dry rivers and only the end part was sandier. It was a very complete and physically demanding marathon. I think it was not a bad day, as I have improved my riding in some complicated areas, but I made a mistake. I was able to reach the goal well and we are going to prepare the final day to finish off this Atacama Rally tomorrow. 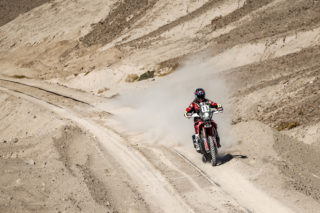 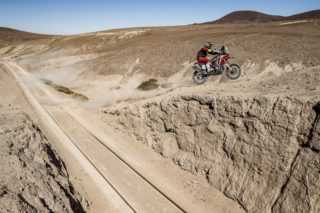 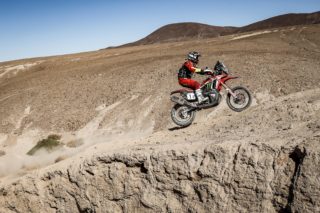 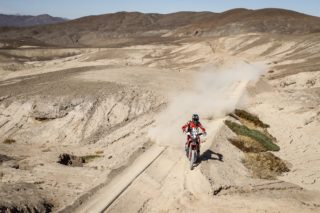 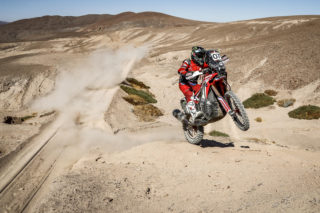 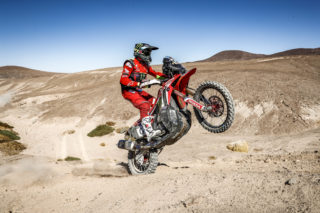 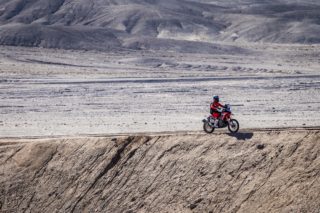 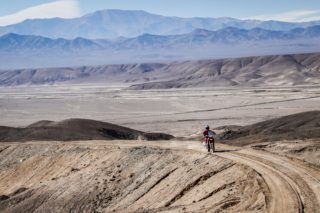 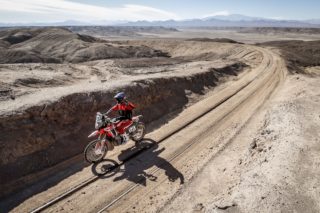 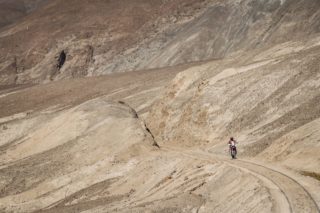 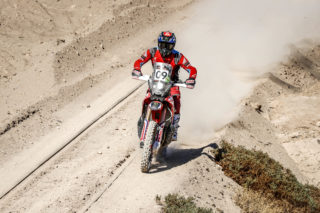 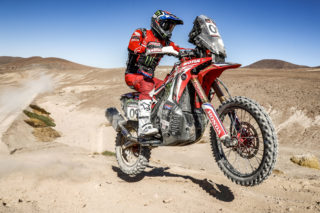 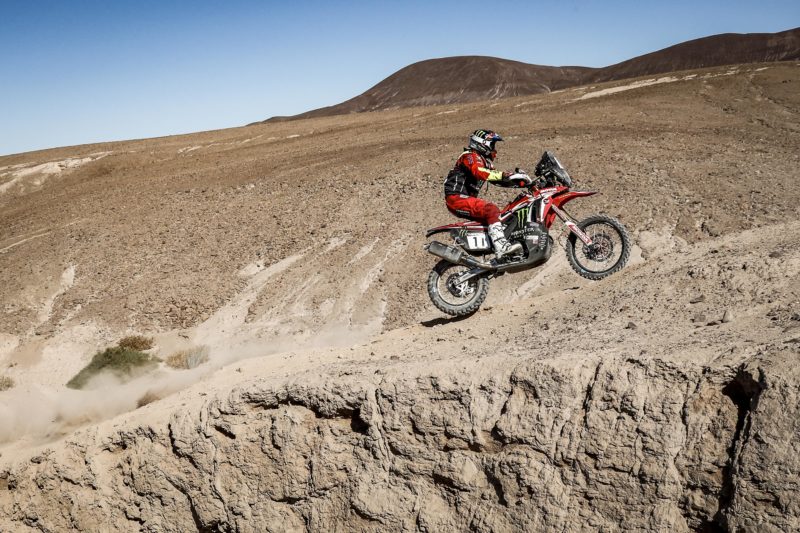