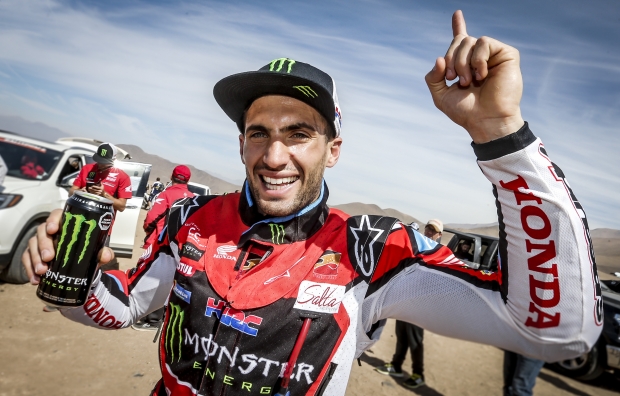 The Atacama Rally, on Chilean soil, turned out to be hugely successful for Monster Energy Honda Team’s Argentinean rider Kevin Benavides, who clinched overall victory and the leadership of the FIM Cross-Country Rallies World Championship.

The final day, on a 155-kilometre looping route, starting and finishing in Copiapó, was battled out over the same course that had been used in Stage One. Competitors had to have their wits about them and were faced with some challenging navigation in the dunes as well as some off-piste and dry river beds.

Kevin Benavides rounded off the Atacama Rally as he had started; proving to be the sharpest rider in the race, claiming the final stage and the overall rally victory after an intense final day. The Argentine dominated, stamping his mark of authority throughout the stage and leaving adversaries unable to keep his trail. Moreover, the victory takes Benavides and the Honda CRF450 RALLY to the head of the FIM Cross-Country Rallies World Championship leader board, where he now shares the same points as the incumbent world champion.

The next appointment for the Monster Energy Honda Team will be at the Desafío Ruta 40 in Argentina to be held at the end of next week. The race will take place from 25th to 31st August getting underway in San Miguel de Tucumán and concluding in San Juan.

I'm very happy; it has been an amazing Atacama Rally for me. I won three stages and I felt very comfortable on the bike, which has worked perfectly throughout the even. The team has worked very well and this has given me the tools needed for the victory. I was able to stay very focused and was confident in myself. Winning here is not easy - Quintanilla is very strong. I've been looking forward to this victory for a long time and I’m really savouring it!

We finished a very competitive race. After four months without racing, it was hard for me to keep the pace, but I went from less to more. I got up to full pace over the final days. The bike performed perfectly and the team worked hard and well and I want to congratulate the winner of the race, our team-mate Kevin Benavides, who has done a great job. I hope to start the next race with the pace that I finished this one.

I'm happy to have finished the race in one piece and am already looking forward to the next one already. It has a great all-round team effort and everyone continues to improve as we work towards our final goal – the Dakar. Everyone has worked really hard and the bike has really been the star. Big congratulations to our team-mate Benavides who rode really well throughout the whole rally. Well done and see you all next time.

I have finished the Atacama with a sixth place in the final stage and a seventh in the general standings. I'm happy because I've been improving the speed; every time I'm closer to the leading riders, but in the end I’m not completely satisfied as I wanted to finish a few places higher. The first day I fell and the second day and that impeded my pace on the second day and affected the final result. We keep learning but remain highly motivated for what is coming.

We are very happy about Kevin’s victory, who had a great race overall winning three stages. The team has worked very well. We have won for the first time here at the Atacama Rally; a race that we knew was very difficult to win and therefore we are very happy. Last year we were close to doing it but this year we have finally achieved it. The organization of the team has been positive and we are going to take it step by step. Now it's time for Ruta 40, we're off to prepare for it and we are confident that we can perform well there too. At the same time, Joan Barreda got injured and we hope that the recovery goes well and hope he is back on top form as soon as possible. At last but not least, I want to thank Honda Chile for their support in our Team, it has been very helpful. 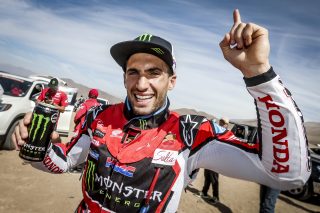 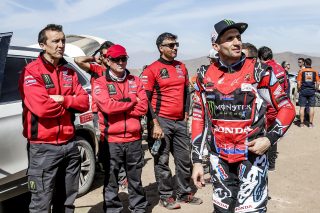 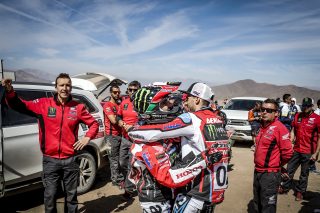 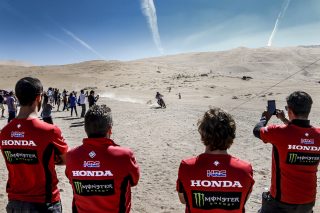 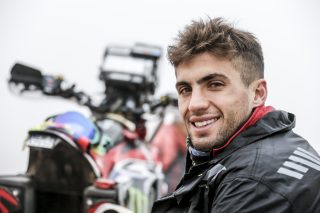 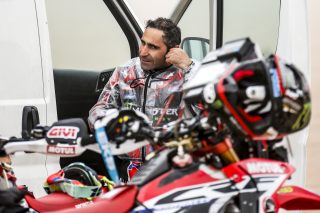 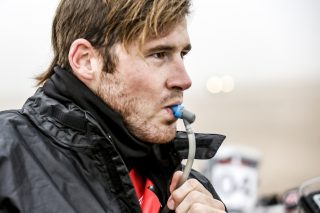 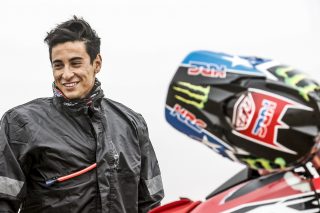 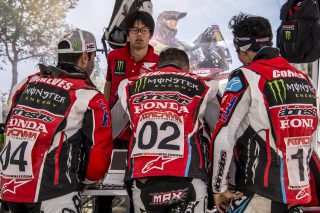 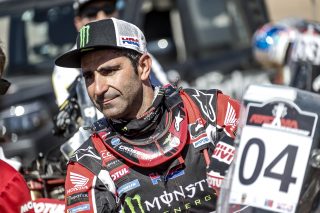 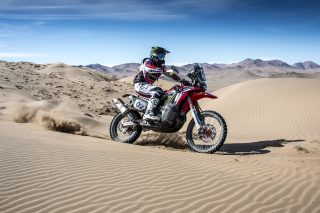 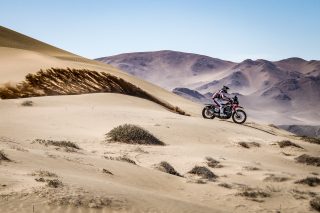 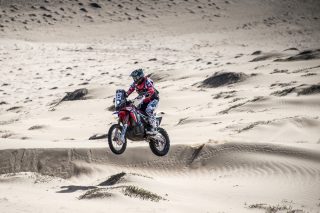 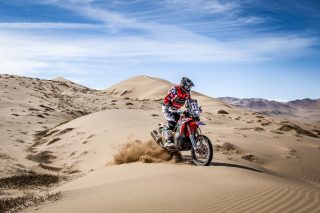 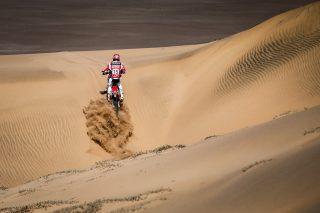 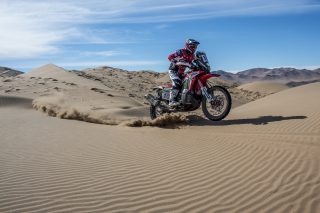 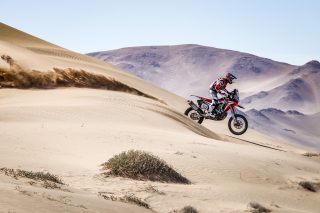 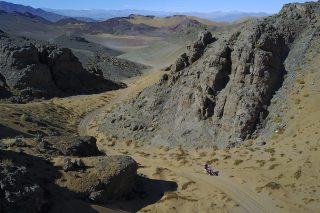 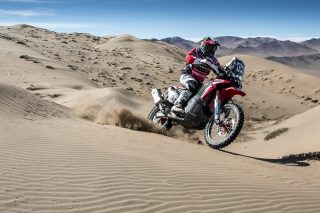 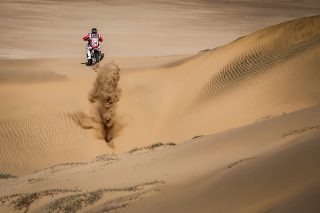 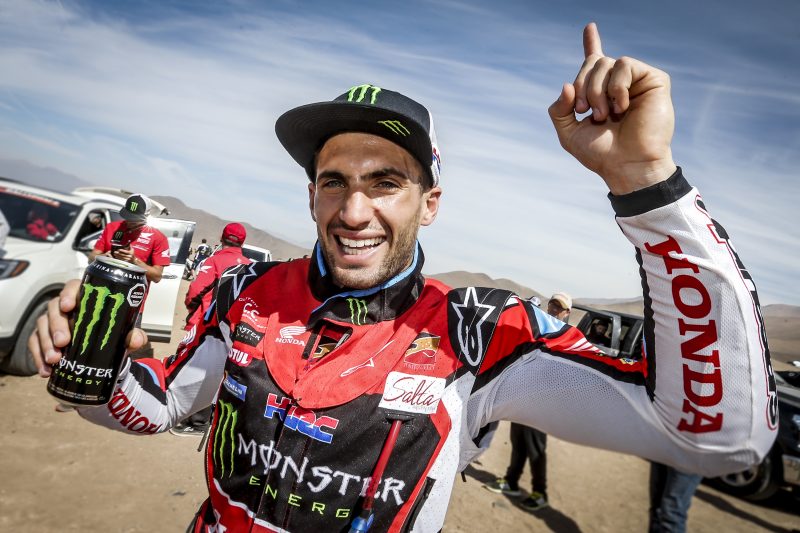