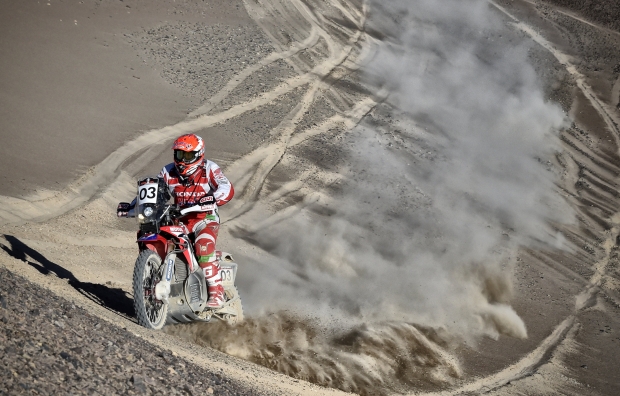 Chile’s Atacama Rally kicked off today – the fourth round of the FIM Cross-Country Rallies World Championship – with Team HRC performing well in stage one after dominating yesterday’s prologue.

Team HRC faired well over the 230 kilometre first stage of the Atacama Rally and finished the day well-poised to tackle tomorrow’s stage – the longest of the event. Nevertheless, were it not for a minor navigation error by Argentinean Team HRC rider Kevin Benavides, the result could have been even better. Benavides had won the curtain-raiser on the Honda CRF450 RALLY the previous day and chose to start from an attacking position in fourth place.

Indeed, attack he did from the outset this morning, which had been delayed due to early morning mist that wouldn’t allow the race helicopter to take off. By kilometre thirty the Argentine had overtaken the three riders who had started ahead and now found himself opening the track. However, an incorrect choice of path lost him several minutes and the leadership to local rider Pablo Quintanilla.

Portuguese Paulo Gonçalves, third in the prologue yesterday, chose a fifth place start and attacked in his inimitable style. In spite of maintaining a scorching pace, a GPS issue left the rider without a signal for over 100 kilometres, forcing him to slow the rhythm down. Quintanilla was able to catch up and the two crossed the line virtually together.

American rider Ricky Brabec was feeling at home with the off-piste type of rallying that featured throughout the first stage of the Atacama. After a steady ride, the Team HRC man finished in fifth spot, some five and a half minutes adrift of the race leader.

Argentinean Franco Caimi, from Honda South America Rally Team, also got off to a notable start to the rally taking seventh place on the Honda CRF450 RALLY.

It has been a good stage and we had a long day for stage one with 230 km of special. I had a few problems with all the dust raised by the riders up ahead. In addition, the GPS turned off at kilometre 30 and I had some trouble finding a few waypoints. I overtook some of the riders, but Quintanilla got past me and I was in his rooster tail until the end of the special. Tomorrow will be a long day, but we have to keep putting in the kilometres and try to keep improving.

Today was a really good stage for me; hard and with a lot of dust. I navigated well throughout the special and was almost the whole day at the head of the course as I had got ahead by kilometre thirty. But in the final twenty kilometres I made a mistake where I got the entrance to a river wrong. I had to backtrack two or three kilometres and Quintanilla passed me. I’m pleased that I did a good job on the first stage.

Here we are today at the first stage of the Atacama Rally. I chose to start ninth. I figured that would be a good place for me to start out from. At the start there was a lot of rocks and off-piste. I like the rocky stuff, which suits my style, so I felt comfortable today. I’m ready to go for the next four days and am feeling very confident.

It was a good day for Team HRC. Paulo was the fastest of the three riders in spite of having some issues with the navigating system, which wasn’t working for over 100 kilometres. Kevin was leading for much of the stage, doing very well, but made a slight mistake towards the end. He didn’t lose too much time and should be able to pick things up tomorrow. Ricky Brabec did a nice job too, although he started from further back, but was able to finish well on this type of terrain. Tomorrow will be a longer and tougher stage and our riders are all in good positions to attack from. 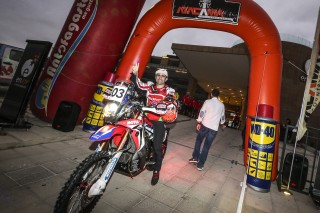 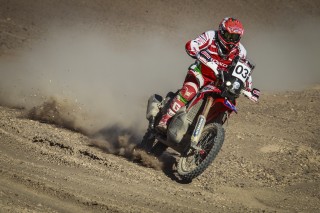 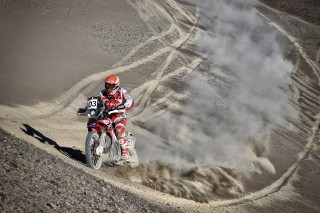 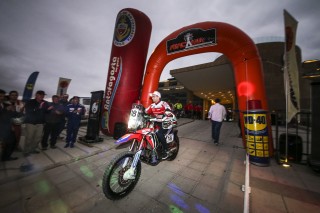 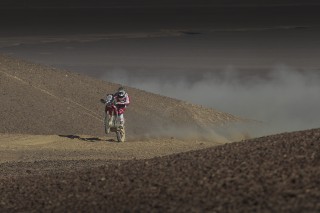 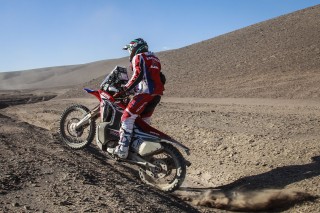 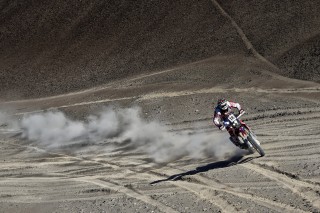 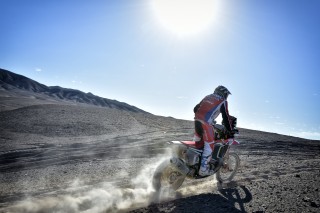 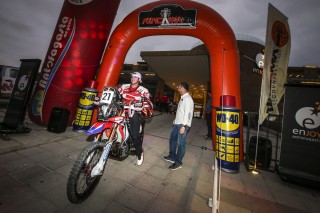 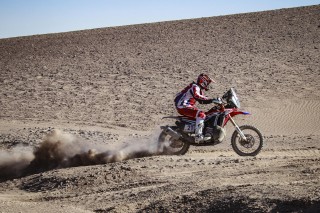 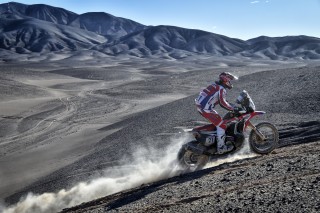 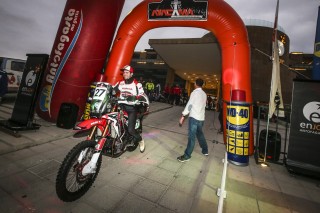 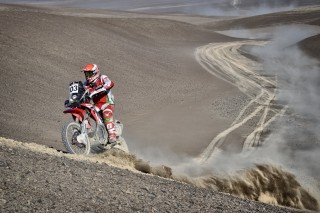 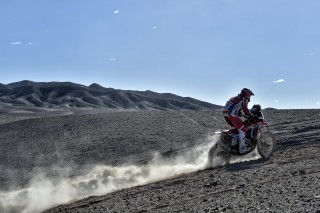 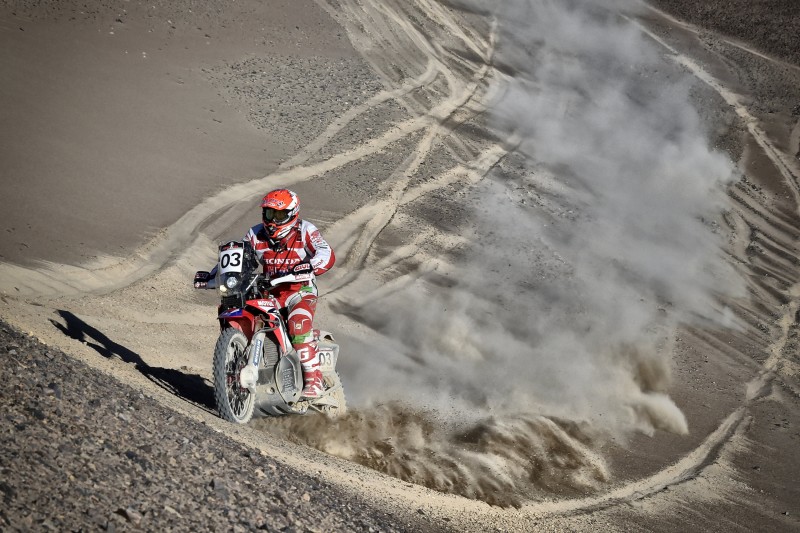