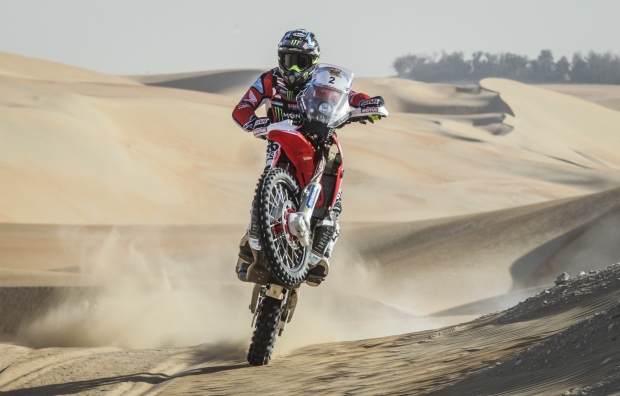 The second stage of the Abu Dhabi Desert Challenge, held in the middle of the Liwa desert, proved to be a high-speed affair full of many steep, waving dunes, combined with others with sharp descents. So as to avoid potential accidents, riders were forced to be prudent and pay close attention to the roadbooks. The day’s stage was the longest of the competition with a total of 519.71 kilometres, including 287.9 km of timed special.

Kevin Benavides has continued to shine as the leading rider of the Monster Energy Honda Team in this second stage. The Argentine rider upped the pace, narrowing the gap with the riders ahead and clawing back precious time dropped in the opening stage yesterday. Benavides finished in second place on the day and holds third in the provisional standings, less than two minutes behind the leader.

Paulo Gonçalves, on his second day of racing after more than two months without competing, was able to find a good rhythm which allowed him to finish in fourth position at the end of the day and move to fifth in the overall rally standings. American Ricky Brabec, sixth yesterday, repeated the performance today to finish in the same position. José Ignacio Cornejo and Michael Metge continue to learn how to interpret the terrain and gradually increase their speed. Neither suffered any mechanical mishaps.

The third stage tomorrow will feature a total of 372.55 kilometres, including 281.4km of special timed stage, once again in the Liwa Desert.

Today was better than yesterday, with more pace and better sensations. I felt better reading the terrain in this complicated desert, where it is difficult to ride well without taking risks. We all arrived together, pushing hard. It was a 100% dune stage, which was quite fun on the bike, that hasn’t caused any problems. We continue to get more kilometres under the belt.

It was a good day’s rally; long and very beautiful, with 300 kilometres of dunes. I tried to do the best I could. I felt physically better, with quite a bit of pace and I also tried to push hard and speed up. I saw that I could do it well, although I had to take some precautions. We will continue to ride and put some more kilometres in.

It was a fast day. We don’t really like it so much because it’s so fast and dangerous. It’s hard to read the sand. Sometimes it’s red and orange and white. It’s difficult to know if it’s rolling style sand or if it’s cut. But I’m just glad that we’ve made it back safely and are still in the rally. 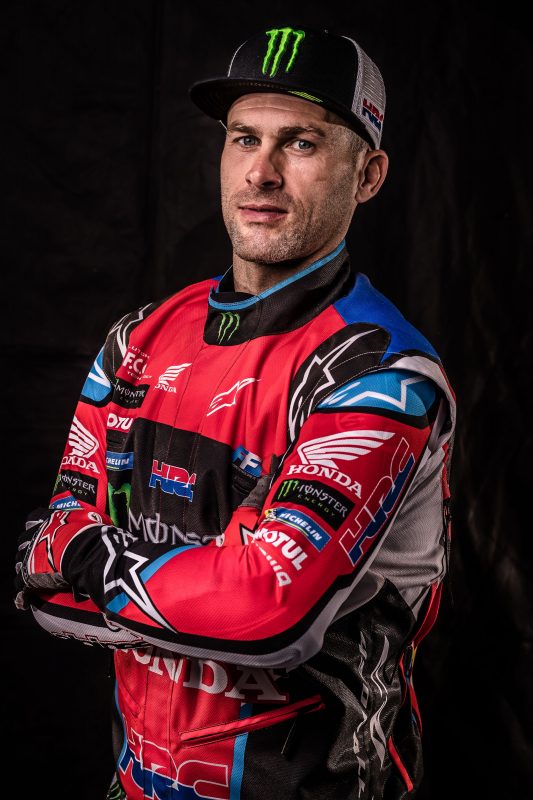 This second day I felt more motivated, since I managed to adjust the rear shock much better than yesterday. I had more traction and I was able to cope with it much better. The special was very fast and with great undulations and some big dips from time to time. I didn’t really keep a very fast pace because I did not want to take risks. Tomorrow we will try to go better.

It was a fast stage, with a lot of speed. I felt better than yesterday, but I was riding alone almost all day, so it took me a while to find a good pace. I think that, other than that, we are improving. For the next few days we will be looking to keep improving. 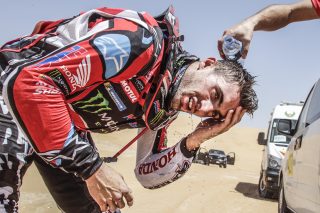 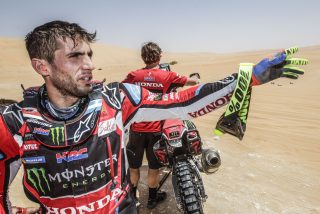 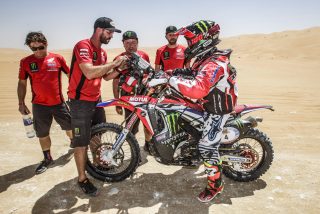 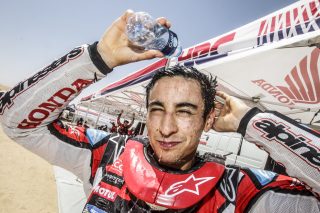 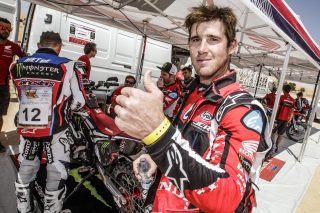 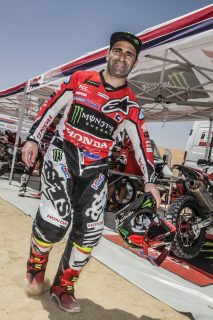 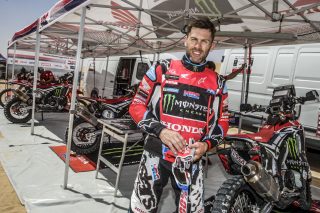 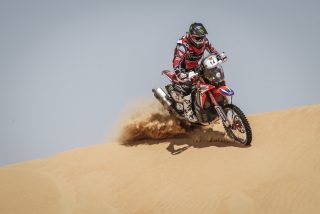 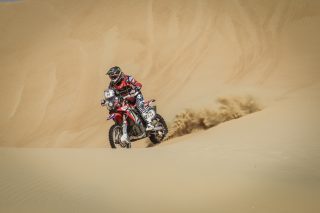 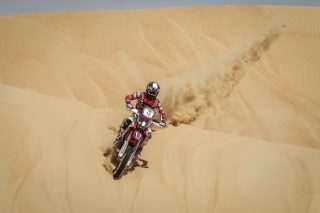 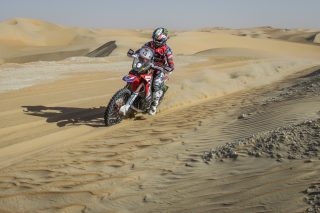 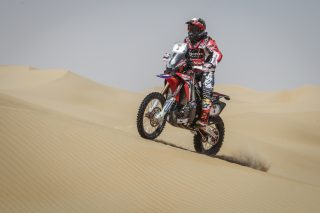 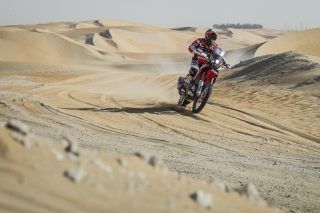 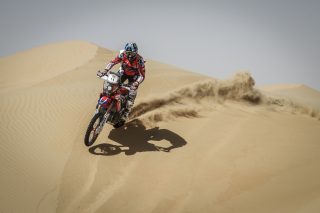 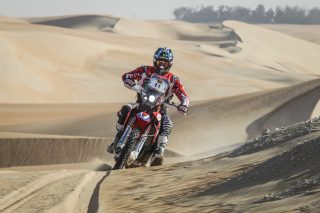 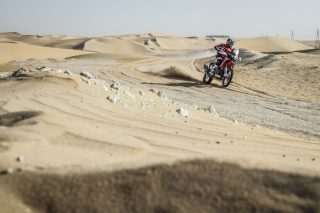 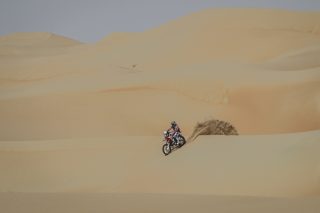 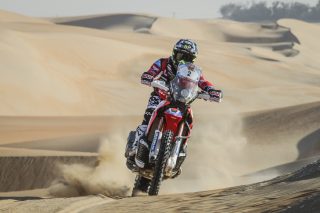 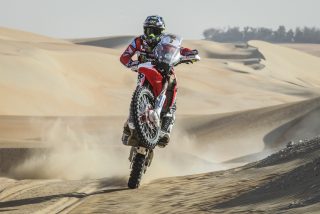 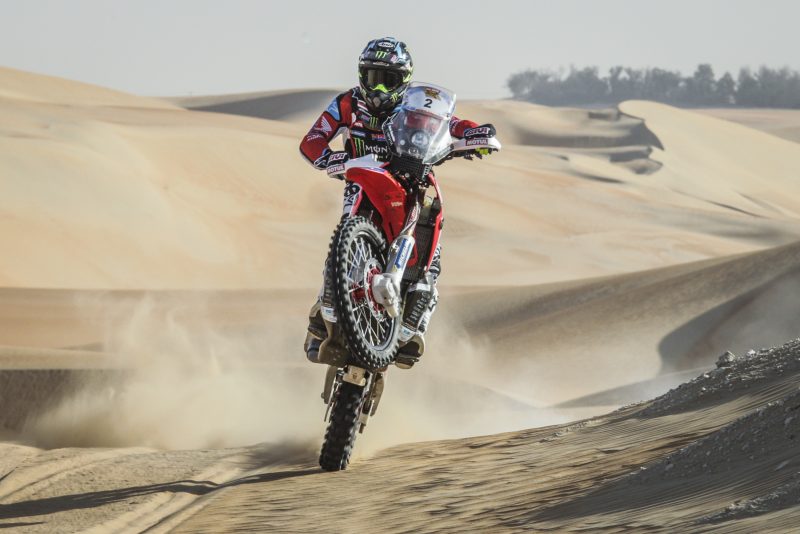