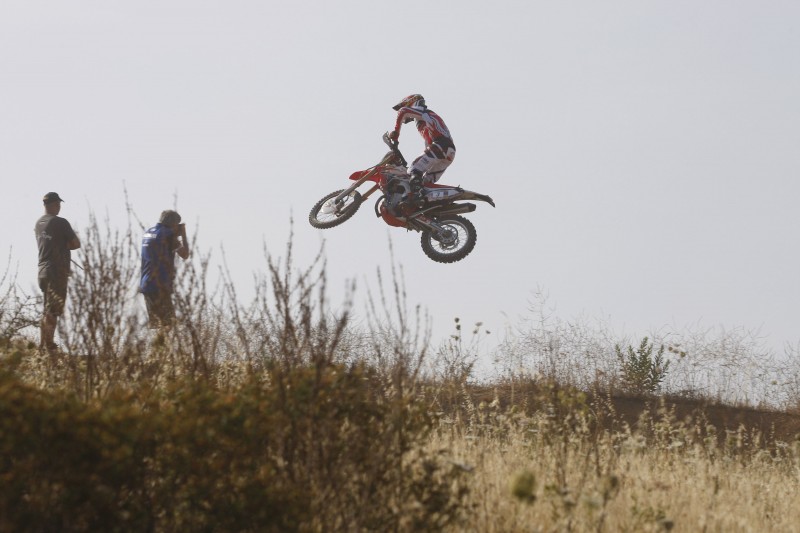 Joan ‘Bang Bang’ Barreda was very fast from the start during the first test of the fourth round of the Raids World Championship and has taken the first place during the Sardinia Rally Race prologue. Goncalves and Rodrigues will search for their race position during tomorrow’s stage.

The HRC Team has left the desert sand dunes of the Arabic peninsula where the first two races of the FIM Cross-Country Rallies World Championship took place and has landed in the island of Sardinia where the fourth round of the Championship: the Sardinia Rally Race will take place.

This morning the HRC Team passed the mandatory administrative and technical scrutineering at Iscia Eldi of San Teodoro, allowing the team to take part in the prologue. The license and documents were checked first and was then followed by the sound control and sealing of the different parts of the three CRF450R bikes of the team.

The prologue took place in the afternoon at the Vena Fiorita Circuit, a track of less than two kilometers long, in which a very fast Joan Barreda has achieved the victory with a two second gap from the second fastest man of the day. He will be able to choose his starting place the first stage of the rally.

Paulo Gonçalves and Hélder Rodrigues finished in finished in ninth and eleventh place, with a gap from Joan Barreda of 5 and 6 seconds respectively.

The first stage of the Sardinia Rally is a gentle introduction for the participants. The first special stage is not difficult, and also the need of map reading is postponed. A warm up stage and an opportunity to familiarise themselves, but not lose time.

Participants leave from the Hotel & Residence Liscia Eldi, direction Torpè, to reach the place of departure of the first special stage (SS) of the rally. The first test is short, open and scenic, with just a simple “introduction” to navigation. The end of SS is located at Sant’Anna di Lodè, and the next liaison point in La Caletta, mainly across asphalt roads, where there the Assistance point is based at the Marina.

Then a short liaison of about 11 km brings them to Special Stage 2, and gets to the heart of the Sardegna Rally 2014. The Special Stage is totally new. Very nice to ride, as long as you keep at least one eye glued to the road book, and one on the trail. It goes from very wide stretches to very narrow passages. Also from very fast sections to some more technical and slower. The scenario is breathtaking, from the mountain ridges to the undergrowth in the plains. In this special stage, there is no risk of getting bored!

The Final liaison is along the river Cedrino and passing near Oliena, Mamoiada, in addition to ” leapfrog ” Corre Boi, Monte Genziana, Talana, Donigala, Tortoli.

"Things went well today, it was a fun prologue at a motocross track. We able to choose the best position from which I will start tomorrow, we will have to wait and see how everyone else starts too tomorrow. I hope I am able to do a good stage tomorrow, even if I know that it will be hard, the navigation is difficult. I will have to keep my concentration in order to get a good result."

"Today’s prologue was short and used to in order to know the starting positions for tomorrow. I wanted to make a good result and in the end I have chosen to start 5th. I think it is a good position. I hope to tomorrow things go smoothly; the most important thing is to finish and make a good result."

"First day in the Sardinia Rally, a prologue in the motocross circuit with a very difficult terrain. The race is long and challenging and you have to keep the concentration level. I have chosen to start 8th tomorrow and we will have to wait and see how it goes. I will try to push to finish further ahead.”

"Joan Barreda has been able to win the special with a good margin over his opponents. Paolo Gonçalves and Hélder made it to the Top15, allowing them to chose their start position for tomorrow. It is an important advantage to have a good starting position for tomorrow because both the navigation and terrain are complicated. We will do our best to defend our current position in the provisional standing. Full gas for tomorrow." 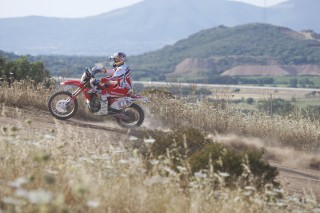 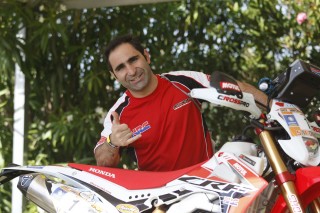 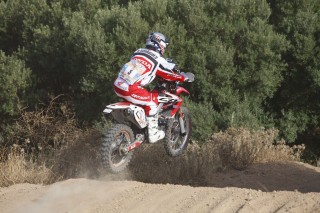 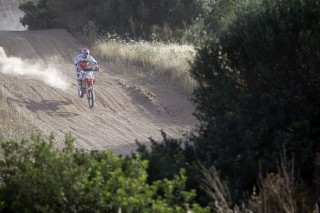