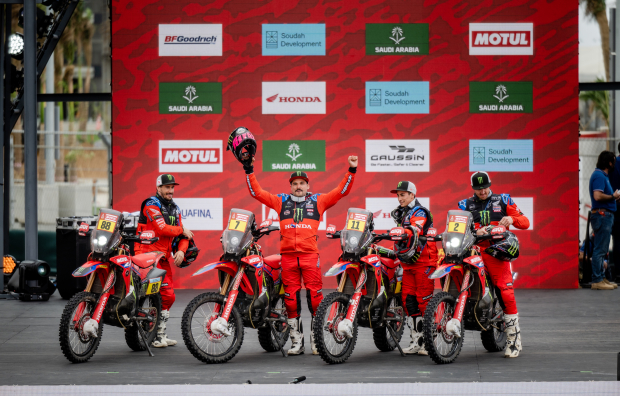 Monster Energy Honda Team rider Pablo Quintanilla won the final 2022 Dakar Rally stage to grab second overall place in the race just three-and-a-half minutes shy of the winner. All four team riders managed to finish one of the toughest ever editions of the rally, with the Honda CRF450 RALLY once again making it through the entire Dakar without a single mechanical issue.

Monster Energy Honda Team’s Chilean rider Pablo Quintanilla wrapped up the 45th edition of the Dakar Rally today in Jeddah, Saudi Arabia, in a well-deserved second place. Quintanilla, who started this morning in second place in the general standings, 6’52” behind Sam Sunderland, attempted to close the gap over the 150 kilometres of timed special involving some tricky, fast-paced navigation. Pablo earned the final stage victory, finishing 3’27” short of clinching the outright Dakar 2022 title.

Pablo Quintanilla joined Monster Energy Honda Team last May, finishing on the Andalucía Rally podium in his first outing. Later, in October, he would clinch top honours in the Rallye du Maroc. Today’s runner-up position marks a third finish on the Dakar podium for Quintanilla.

All four of the team riders placed among the top seven finishers. Furthermore, a total of five stage victories (Barreda 2, Cornejo 2, Quintanilla 1) in this edition takes Honda’s overall tally of partial wins at the Dakar to 97.

The next race for the Monster Energy Honda Team is scheduled from 5-10 March for the Abu Dhabi Desert Challenge.

The last day we tried to push. There was navigation and a lot of rocks. He hoped to make up time and see if someone else stumbled. We didn’t give up until the end. I’m happy and healthy and ready to go home. There was not much else we could do. We tried to come back from an hour down. The first stage killed us. After the first week it was definitely hard to pick up the pieces. We’ll be back next year to try and win this thing. Anything else other than winning is unacceptable. We’re going to come back next year and hopefully try to win.

I am very happy with the result and my performance throughout the whole race, especially during the second week, which I managed well, making up time with a steady performance. I am very pleased and I wish to thank the whole Monster Energy Honda Team for their incredible work over these weeks. It was a really tough race, with a lot of tension, but I'm happy. Today there was second place at stake and there was even a chance of winning the race. It didn’t turn out that way, but I'm still happy with the second place finish. Now it's time to enjoy this moment.

We finished the Dakar with a good stage; I am very happy with this final stage, without any mistakes and marking some good pace. I am satisfied to have finished the Dakar like this, but not in the overall balance, because, although I recovered several positions this last week, the mistake early in the race conditioned the end. I think I should have been further ahead. This year it was our turn to suffer, but we will be back again. The team in general was very solid and I want to congratulate all my team-mates for the great work done these days.

First of all I wish to congratulate the entire team for the work done in this Dakar which was such a tough race. We managed to win the last two editions and in this 2022 we finished runner-up, but we fought until the very end for the win. In the end it was very satisfying as we placed all four riders in the top seven. The first week we started with a disadvantage, starting with the prologue. The best rider in that first special was Pablo Quintanilla, who was also the top rider in our team, finishing in second overall place. For me, the prologue conditioned the first day which had a very difficult waypoint and where the riders lost a lot of time. The result of that prologue meant that we didn't get off to the right start on those early Dakar stages. The first week was difficult for us, but we were always fighting and working to improve step by step. We would have liked to have retained the title, but this second place was really hard and has a great value for the team. There is some tough competition between the marques and the riders from different teams. We have to work harder and improve in all aspects. We finish with our heads held high, everyone has given the maximum in their respective duties. This Dakar was really tough, with long, hard special stages and with everything that a Dakar should have. Lastly, but no less importantly, I also wish to congratulate the team that was finally able to come from Japan despite Covid. They were with us and worked very hard too. I especially want to thank Taichi Honda for always being at our side. 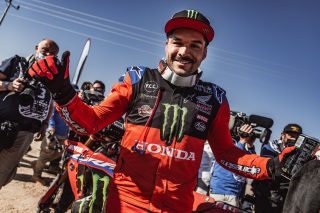 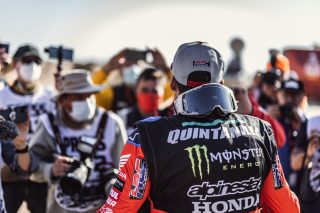 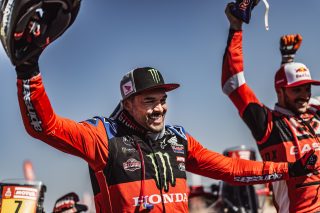 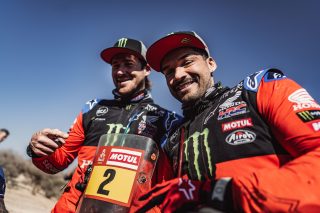 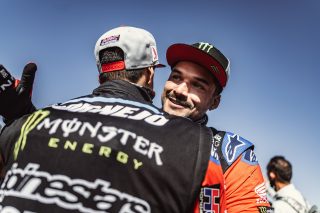 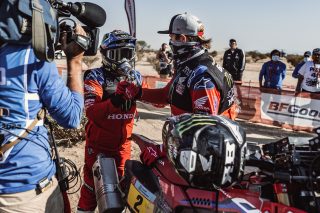 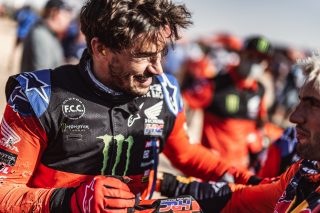 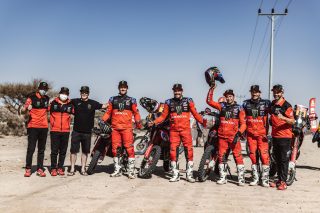 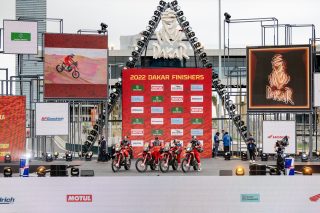 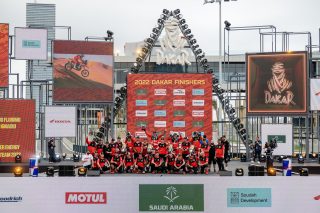 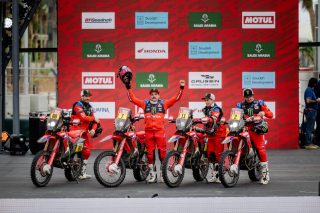 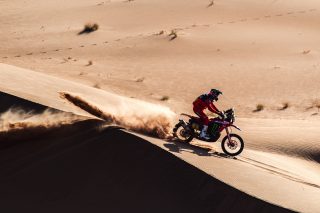 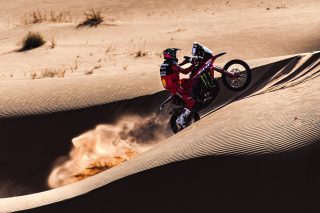 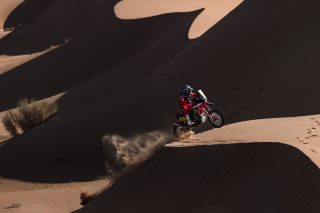 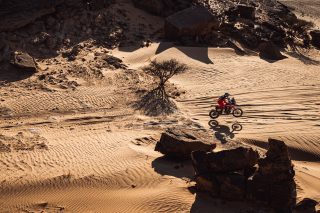 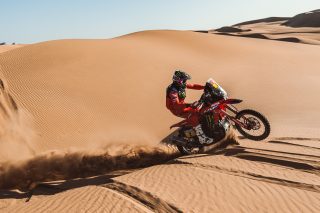 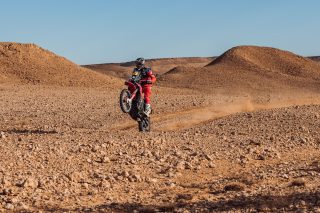 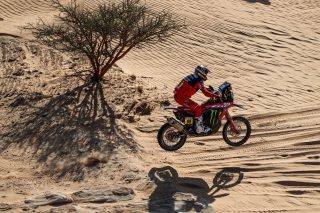 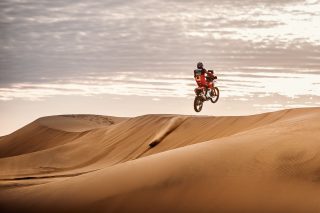 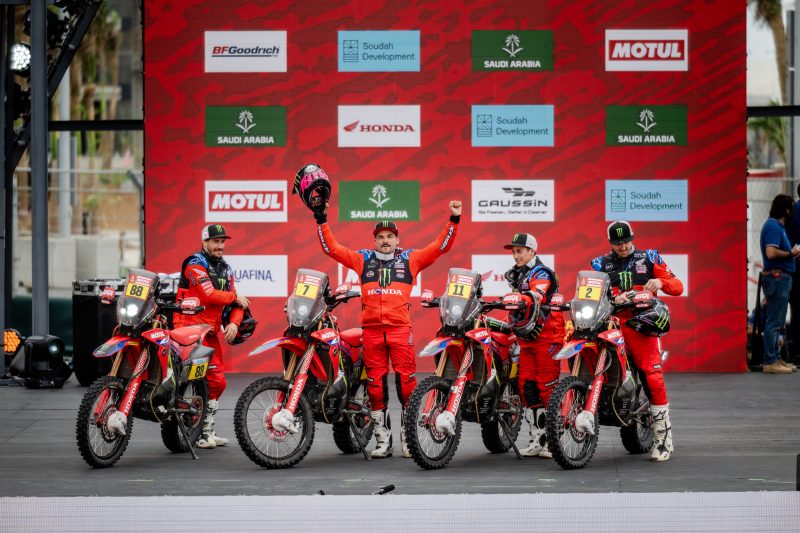