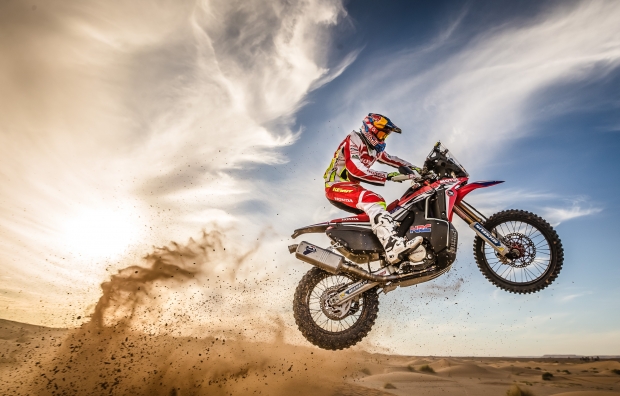 The final race of the FIM Cross-Country Rallies World Championship got underway in Zagora today with a tricky special stage for all the fastest competitors. Joan Barreda chalked up the first victory. Paulo Gonçalves took up a position among the top group, which could prove crucial in the forthcoming stages.

Team HRC got the show on the road for the sixth and final date in the Cross-Country Rallies calendar and leads the scoreboard. Joan Barreda was back in action with a bang after setting a cracking pace in a far-from-easy stage, as the riders had it tough in the dust cloud generated by the front-running participants, with visibility being reduced to near zero.

Intense downpours over recent days caused river water levels to rise and led race organizers to shorten the previously planned route. As a result the route which was set to include 330 kilometres of special ended up with 370 km in total to avoid the previously mentioned dangers.

The Barreda win highlights some of the more positive aspects of the team after the rider had had to sit out three months through injury, which meant not being able to board a bike. The Spaniard showed himself to be comfortable on the bike, scoring a great triumph in the process.

Paulo Gonçalves and Paolo Ceci endured serious visibility issues due to the dust coming up from the hard track. To catch up with the slower riders ahead proved to be more difficult than previously expected; to overtake was even harder. In spite of this, the Portuguese rider was able to post a sixth final place, conceding little time to adversaries whilst doing so. Italian rider Ceci decided to take no chances with the high level of hazards around and rode a steady race.

The Honda South America Rally Team riders finished among the day’s top twenty. Jean Azevedo was the first away at the start line this morning in Zagora, which affected his performance, finishing 19th overall. Kevin Benavides’ world championship debut, backed by Team HRC, offers hope for the future with the Argentinean taking 13th place on the day.

Many sand and dunes for this 2nd stage! The race departure will be on fast and sinuous tracks across a beautiful, long valley. Navigation will be the priority of the special. A lot of care will have to be taken with the parallel paths. To get to the CP2, it will be necessary to cross some amazing dunes. To finish, competitors will pass through the Oued of Draa along kilometres of fast tracks. Pay attention to the hidden traps in the road book.

For me it was a good day. I started out from behind but I had to be really careful with all the dust generated up ahead. I went very slowly in some of the early parts of the special. The positive thing is that I kept calm as there were areas where I could have attacked. In the end, in spite of losing a bit of time trying to get past other riders, we were able to get a good result. A great start to the rally.

Today was a long and hard day that I am happy with. I started a long way back. I lost a lot of time trying to overtake the others, which took me 60 kilometres. I lost a bit of time. Further on with less danger, I was able to pass some of the riders and make it up a bit. But one thing is for sure: it was a bad day to start off behind. On the other hand the bike is running really well which is the most important thing for us. We have just decided on the set up for the next great adventure. 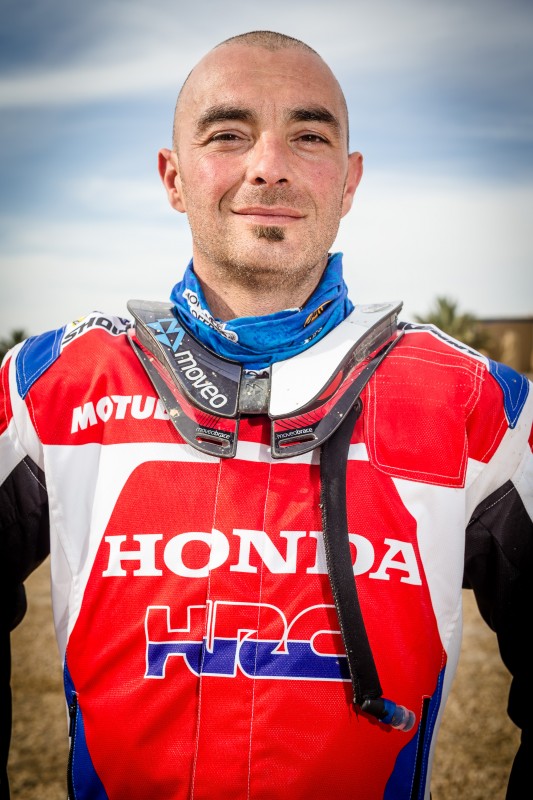 It was a nice stage, long but difficult. The main problem was the dust which for those of us starting from behind was very complicated and made passing other riders very insecure. I lost a lot of time on that. But I’m quite pleased because the sensations were good and today it was important to not make any mistakes and keep a good pace to be up alongside the team-mates. 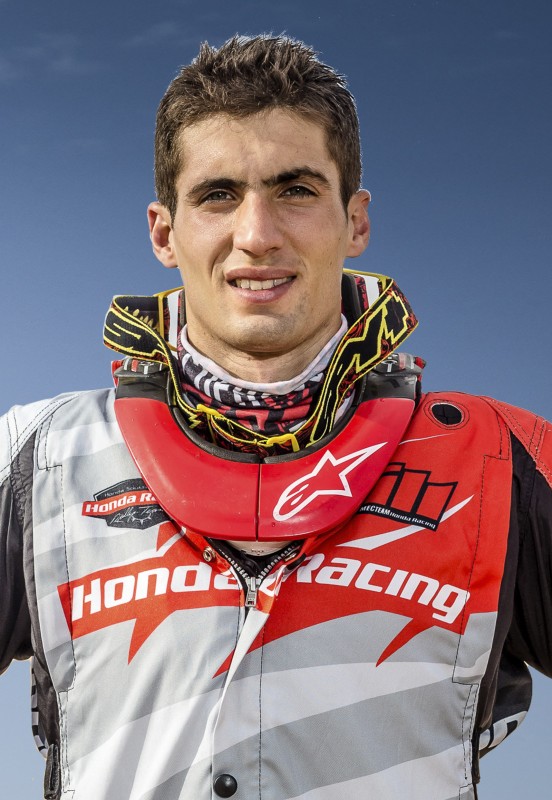 It was a hard race. The terrain was hard with a lot of rocks. I spent half the race trying to get past people, with a load of dust and very little visibility. I had to reset the road-book at refuelling because so many stones it came off and I wasn’t able to rely on it. Luckily, I continued and arrived without any setbacks. 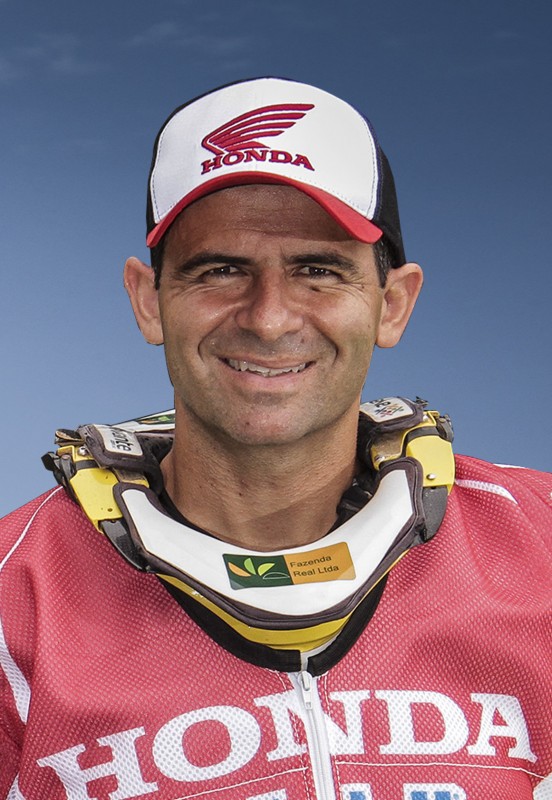 It was a good special stage even though I had to start first. I was opening the track for about 70 km. It was a day to get used to the feel of the bike. I will try and improve the suspension which I find a bit hard for my taste, but it was a good day for training for the Dakar. 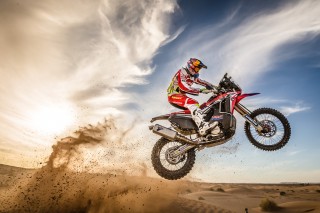 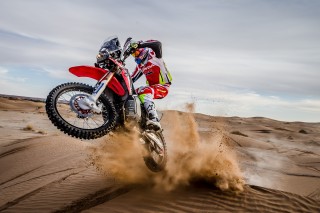 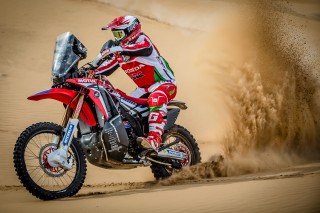 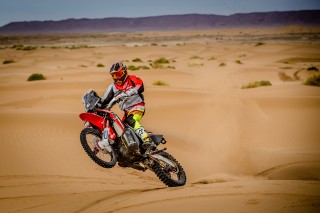 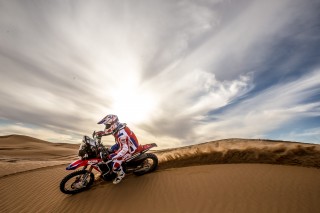 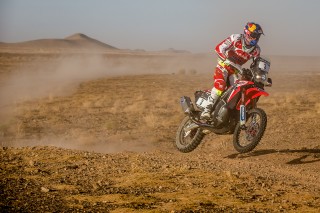 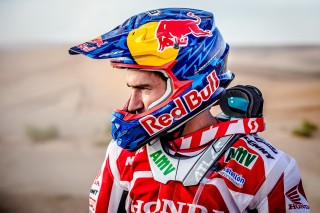 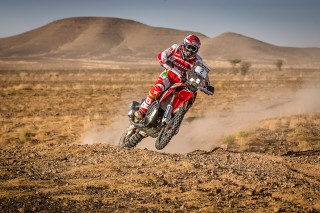 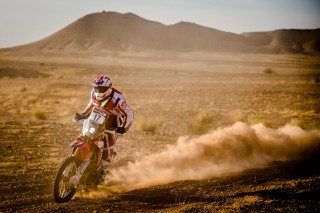 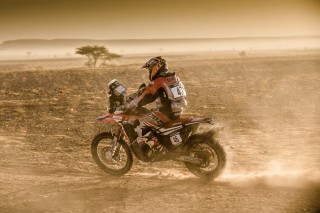 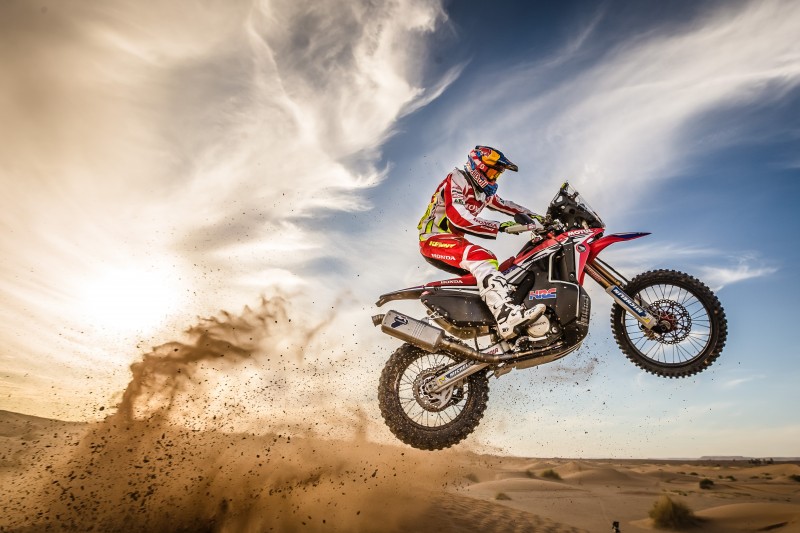