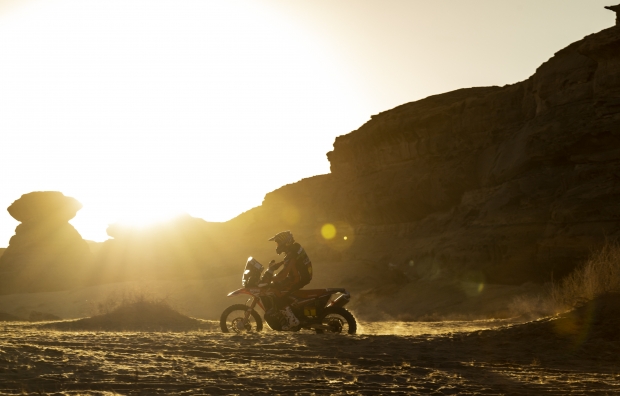 From the great rocks of Tabuk to the sandy plains of Ha’il. Today’s agenda provided the riders with a fifth stage filled with rocky paths and boulders on both fast track and sandy off-road with plenty of camel grass to tackle. This led to the formation of a large group of riders who rode bunched together from the refuelling to the end of the special. The trek covered some 353 kilometres against the clock – 100 less than yesterday – and took the competitors from Al Ula to the new bivouac situated in the northeast of the country. The dunes, which were present only in the distant landscape, are highly likely to be the main protagonists over the coming days.

After starting out among the first positions, the team riders set about minimizing the time that their pursuers were intent on clawing back from them. Ricky Brabec staged a mission to maintain his place at the head of the overall leader board. The American rider, finishing in fourth place on the day, was thus able to keep the day’s winner Price within a three minute distance. Brabec holds top spot in the general rankings with a nine-and-a-half minute advantage over the nearest second place rival.

Joan Barreda noted how much the sensations in the race have improved, with the Spaniard looking far more at ease than on previous days. Posting sixth place on the stage leaves the Dakar Legend in seventh position overall, with the rider looking set to improve further over the coming days.

Third place in the overall standings is, likewise, a satisfactory position for Kevin Benavides who celebrates his 31st birthday today. The Argentinean finished in a buoyant ninth position, some 12 minutes adrift of the winner, but is confident of being able to take advantage of the favourable starting position to strike hard tomorrow.

Yesterday’s winner, Nacho Cornejo opened the track for large stretches of today’s stage until he was reached, first by Ricky Brabec, then by other riders. The Chilean is fifth in the overall standings, a position which he wishes to improve upon tomorrow on the longest stage of the opening half of the rally, before the riders get a well-earned rest.

Tomorrow sees the sixth stage from De Ha’il to the capital of the country, Riyadh, where the rest day awaits. Like today, the riders will once again receive the roadbook shortly before starting the special – the longest scheduled timed stage of the rally so far. The total distance to cover from bivouac-bivouac will be 830 kilometres.

The change of scenery is dramatic. This time, the special stage is 100% sand, entirely off-road. After a relatively fast first section, obstacle experts will have the advantage in the dunes. Riders having previously honed their skills in the Sahara desert will certainly have the upper hand. Then it will be time to rest.

Today was very hard physically. I was in second position so I dropped a bit of time. In the first part of the special there was a lot of navigation and I made a minor error there. From there we entered the open desert with many kilometres of sand and vegetation, all quite technical and complicated. I think today I did a good job. We lost some time but I think we are in a good position to start the stage tomorrow. I want to thank everyone who is congratulating me on my anniversary. It is very special to celebrate it here.

My day was good. It started out freezing cold which I don’t really agree with. It was really fast. A lot of hp and sandy tracks. I rode with Nacho. We made it to the finish which is our number one goal. First in the general is amazing. We are sitting in a good spot for tomorrow to push. We will try and catch the main group and not lose too much time. Right now we are taking it day by day. It’s too hard to have a strategy. There’s a lot of racing left to do. We are going to go day by day and hope for good results each day.

Today's stage was tough as we had to open the track. We knew it was the first stage of the rally with more sand. It was a very physically demanding day having so many kilometres of sand, camel grass and some dunes. I am happy as I opened the track until the end of the special where the group reached me. It was a positive day as I did not waste as much time opening the track as I could have done. I have a very good starting position for tomorrow's stage. 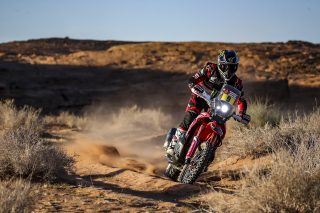 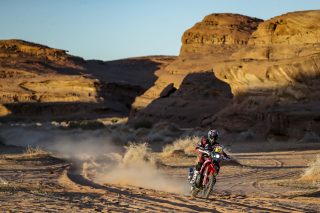 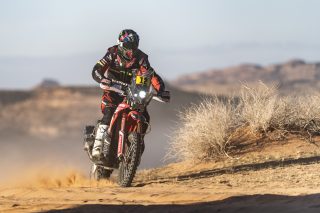 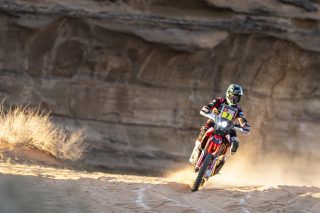 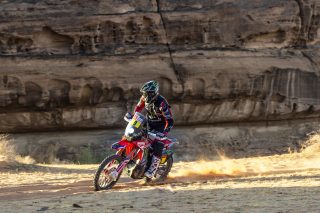 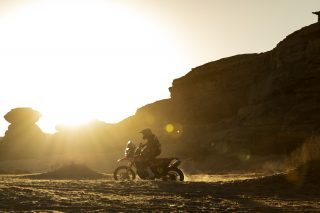 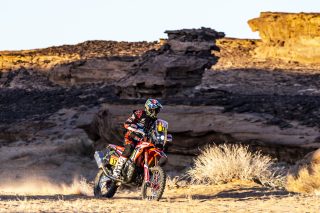 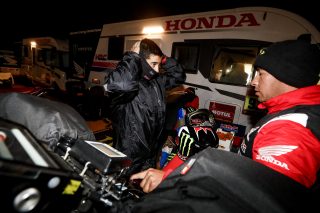 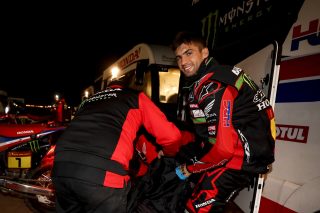 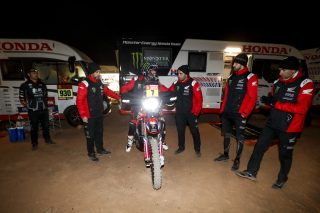 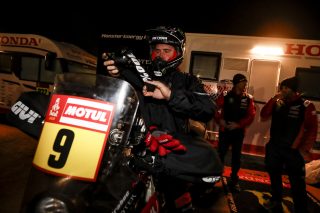 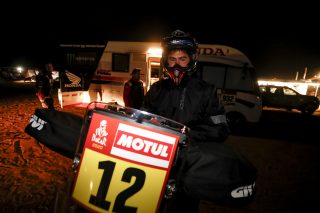 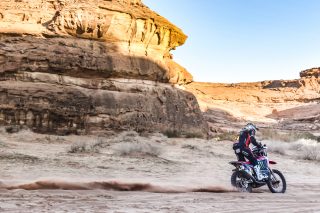 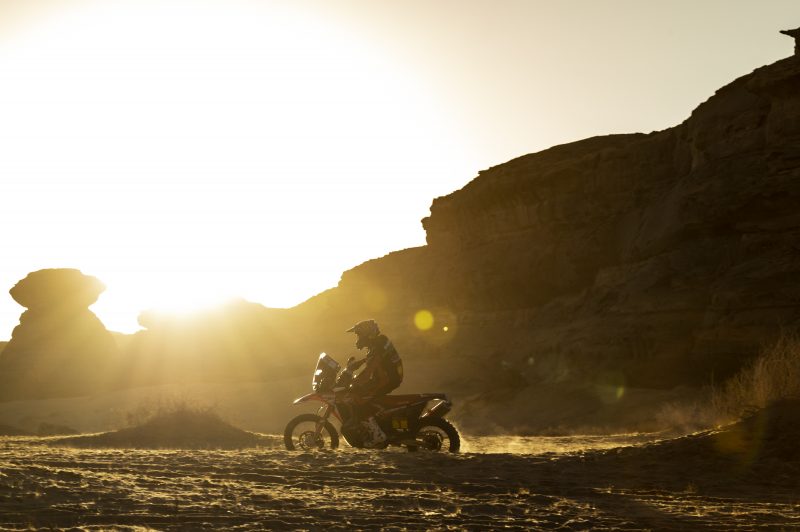