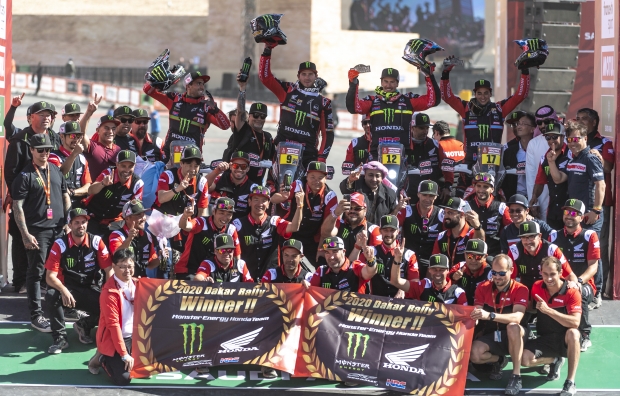 Over 30 years have passed since Honda last triumphed in the Dakar Rally. In 2020, Monster Energy Honda Team has once again laid claim to the coveted bronze Tuareg prize. Ricky Brabec makes history to become the first ever American to win the world’s toughest and cruellest rally.

After eight years in pursuit of glory, the dream has finally come true. Ricky Brabec rewarded Honda with a much desired victory. Honda had returned to the Dakar in 2013 after a 23-year absence, yet after numerous stage wins and two overall runner-up spots, the principle objective remained elusive. However, on an eighth attempt in the 2020 edition, success finally materialized. The result is, without doubt, the fruit of much long-term work by engineers, mechanics and riders, who have spared no effort to accomplish the mission of outright victory in the Dakar Rally.

Today, on the final 12th stage, Ricky Brabec made history by becoming the first American to have his name inscribed amongst the winners of the planet’s most gruelling odyssey. Brabec dominated the rally from start to finish, and today, after finishing the final special stage in second place, was able to seal the victory that he sought over the past five campaigns: overall winner of the Dakar Rally 2020. The Monster Energy Honda Team ace snatched the leadership on day three and refused to relinquish the top spot until the race wrapped up, two stage victories and 5000 kilometres later.

It has been a very difficult Dakar with all the situations we have experienced. Paulo's loss has undoubtedly been the toughest. Then with my engine breaking down which put me out of the fight to win the Dakar. But even so, I kept my head up and gave my all every single day. I won a stage and made the podium several times. This leaves me with a good taste in my mouth. With the engine issue aside, I kept up a very fast pace which gives me a lot of comfort. That’s the way rallies are. Next year I will come back even stronger.

It’s a dream come true. Hopefully we can come back next year and repeat it. I know that it’s not going to be easy as the Husky and KTM boys will be breathing down our necks. I’m really excited to be here for Honda and for America as well. To be the only American to accomplish this goal is amazing. I think it’s really a dream come true. Now we’ve got to set our goals higher and accomplish more. We are going to come back next year and try and repeat this but, as I said, it’s not easy. We are happy. It was a big, tough race. A lot of kilometres. The team worked great together. The riders were good and the whole team worked well together so I’m really happy. The bikes were really good. We are all here. We are all happy and safe. That was the first goal. I can’t thank everyone enough – Honda, Monster and every one of the sponsors behind us. Thank you all so much. It’s the first time in Saudi Arabia. The scenery was insane! I love it. Hopefully I’ll be back next year. I’ve got a five-year contract so I think we’ll be back.

This was a Dakar that from the beginning was really tough for me. I spent a few days with some great difficulties, but little by little I began pulling back and picking up pace. I had a bit of bad luck with the cancellation of the two stages and the change of engine also penalized me. But in the end the good feelings came back. We have to stay positive but despite all the difficulties, I have finished another Dakar.

Today's stage was short but intense. I battled it out with Walkner and Luciano Benavides. They started out in front of me, so I started the special very focused, trying to reduce the time. In the end I didn’t make any mistakes and was able to win the final stage of the Dakar, and thus finish fourth in the general standings. I’m very happy with the way the entire rally went. The team has finally achieved the victory we were looking for after so many years. I’m very happy with the whole team, they have worked so hard. 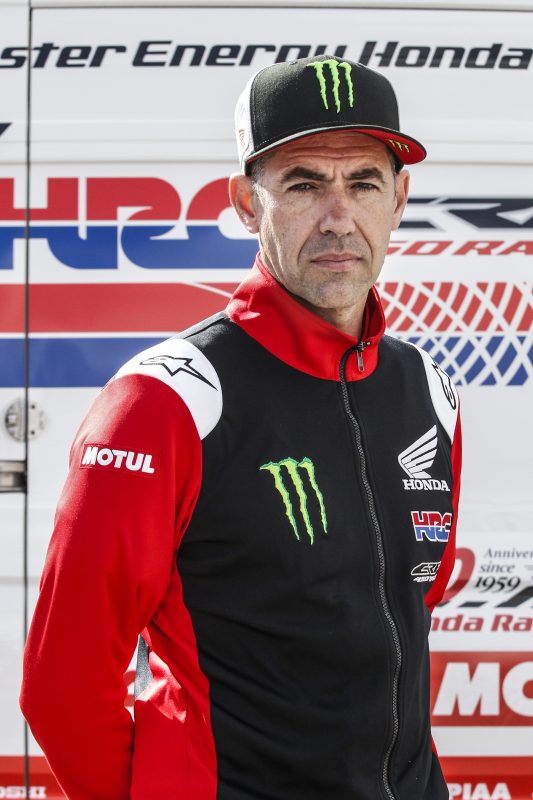 I want to thank all the 33 people who make up this team. We have worked really hard; we have prepared this Dakar very well. We have suffered; we have battled until the final moment. When I was racing the Dakar there were three riders, Paulo Gonçalves, Hélder Rodrigues and I. Hélder is also now on the team working alongside the riders. I want to congratulate him because without him in the team it would have been really difficult; he has done a great job. I also want to congratulate Johnny Campbell who did an excellent job with Ricky. Thanks to all people from all areas of the team.

I want to dedicate this Dakar to two people: Paulo, who lost his life doing what he loved best, and my father who also passed away and would very much have liked to see this Honda victory. This Dakar has not been easy after the loss of our friend Paulo Gonçalves. Personally he was a great friend of mine with whom I shared many things in common; it hasn’t been at all easy.

Congratulations to the team riders, who all performed greatly. It was a pity about Kevin who had the issue with the bike and was not in the running for the victory. Joan Barreda, who started with an injury, gave it everything day after day and fought until the end. And Jose Ignacio Cornejo also did a spectacular job, winning two stages, which shows the determination and commitment that Nacho has to this work. 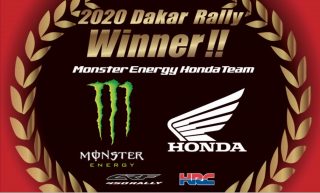 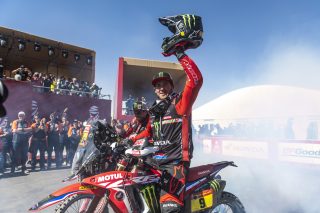 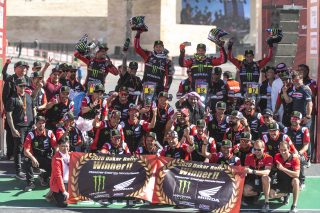 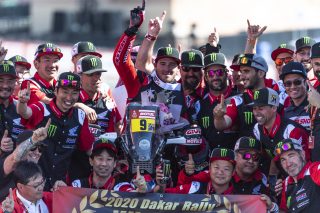 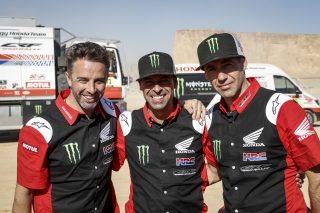 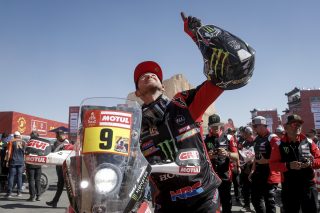 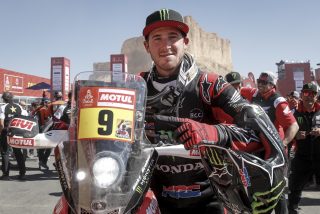 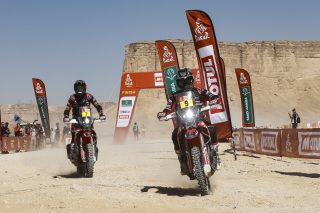 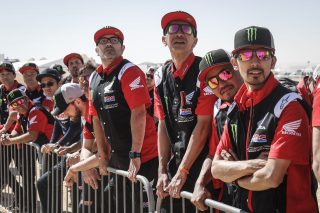 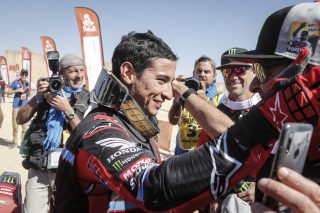 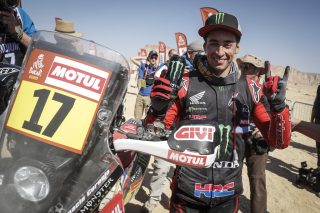 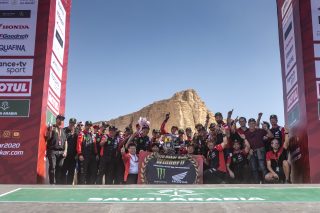 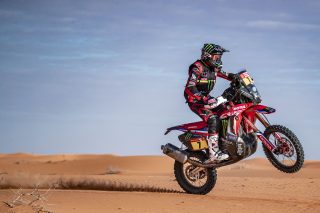 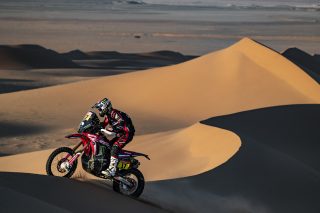 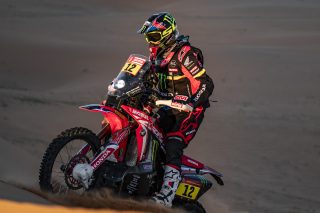 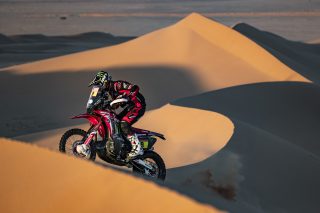 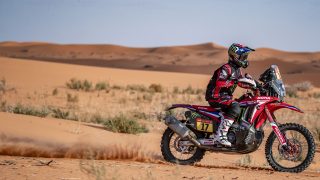 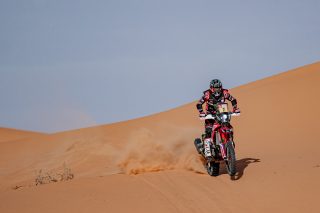 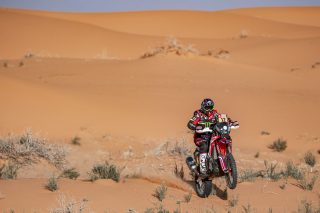 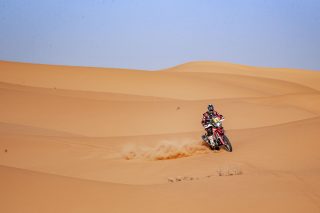 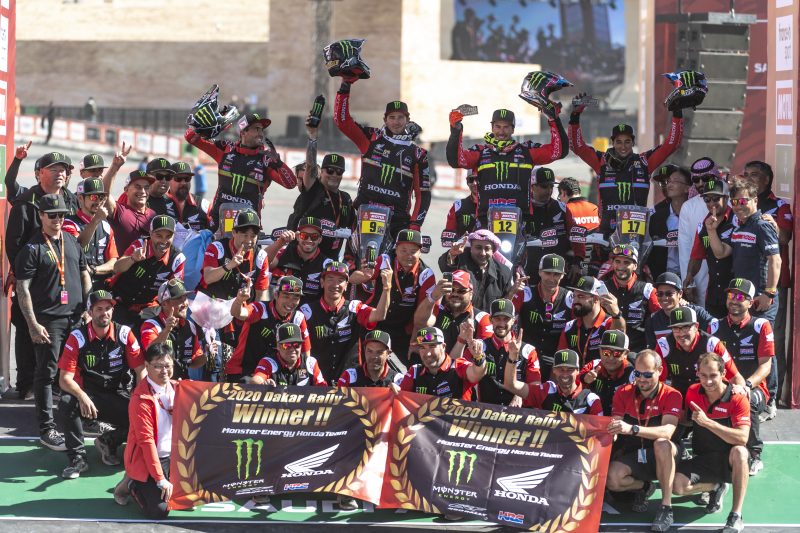