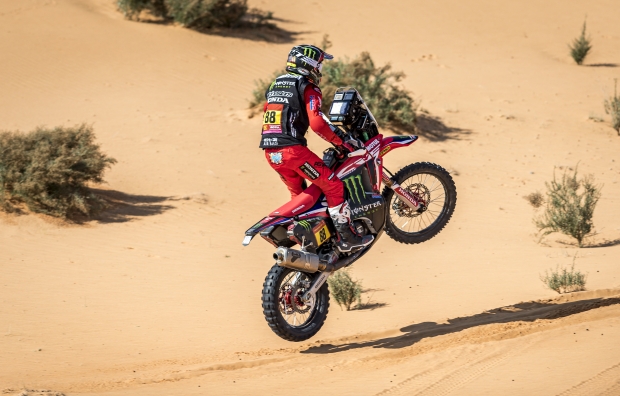 The arrival of the rest day will come as a relief to the Dakar Rally participants. The sixth stage, which set off from Al Qaisumah bound for the Ha’il bivouac, confirmed Monster Energy Honda Team’s fine form. In addition to another victory for Joan Barreda; Brabec, Cornejo and Benavides are all well-positioned as the race heads into its final week.

The compass changed direction from northeast to west as the rally headed towards the mountainous areas of the country although not yet out of the dunes. The sixth stage, which had been reduced by 100 kilometres, once again served up plenty of dunes, some hard tracks and stony ground, but was, for the most part, played out in the sands. Last night at the competitors’ briefing a reduction to the 448-kilometre special stage between Al Qaisumah and Ha’il had been announced.

Once again, the “roller-coaster” effect that Ricky Brabec had referred to a few days ago, continued to cause radical shake-ups to the order, the yo-yoing having become a regular feature of the race. Today, Brabec himself rode a notable stage, finishing fourth on the day whilst bonding better with the conditions. The American is confident that he will be able to perform at his best over the remaining stages of the rally.

Joan Barreda, who started further back today, proved one of the main protagonists at most of the checkpoints on the sixth stage. The Spaniard from the Monster Energy Honda Team finished by setting the best time of the day once again, claiming a third stage win in this Dakar. The Spanish rider, with a tally of 27 wins, becomes the rider with the third highest number of stage victories in the rally’s history. Barreda is seventh in the overall standings.

It was a tough outing for both Kevin Benavides – yesterday’s winner – and Nacho Cornejo – second. The two Honda riders supported each other in a bid to out-pace the rivals, but couldn’t however avoid being hunted down by the chasing pack. Nevertheless, the duo produced a fine showing: the Chilean conceded less than seven minutes and rose the rankings to third place, while the Argentinean finished less than 10 minutes off the winner and continues to hold second place in the Dakar 2021 overall standings.

Tomorrow, the riders will be able to enjoy a lay-in on the rest day, before preparations begin for the second week of competition that will start on Sunday between Ha’il and Sakaka with 471 kilometres of special stage in what will be this 2021 Dakar Rally’s marathon stage.

The stage was pretty good. Faster tracks. Faster than normal. It was a little bit better with navigation – a little bit easier. We made it to rest day, that was goal number one. Goal number two would be make it to the finish-line. I’m really happy to make it here, but I’m not ready for a day off. It’s mandatory so I’m going to take tomorrow off and take some rest, then attack six more days along the Red Sea. We didn’t really make up as much time today as we were thinking or hoping, but it is what it is at the moment. There’s still six days to go but it’s going to be really hard. The group is spread far apart so it’s really hard to manage. I don’t think that anyone has an idea how to manage this thing yet. Things are changing everyday, but we can only hope that things turn around. We can’t say much, but we have to just take it day by day.

Today was a tough, long stage with only sand and dunes. My team-mate Kevin and I started out together and we tried to lose as little time as possible. We did a very good job opening the track for most of the stage. I am very happy with the outcome of the day. We’ve finished this first week very well-positioned in the general standings and looking very solid. Now we can take advantage of the rest day, to recharge the batteries and to think about the second week.

This stage six was tough for me. I started first and knew it would be tricky. My partner Nacho Cornejo and I did a very good job, from kilometre 70 onward, we pushed hard together on a 100% sandy stage. I have finished this first week very happy, with some very solid stages and second place overall. Now I will have to make the most of tomorrow to recover from all the blows from yesterday's crash. I’m happy to have been able to get here and I’m focused on the second part of the Dakar.

I’m very happy with this victory, one more and the third this week. The truth is that I would never have imagined it, but the most important thing is that we are physically fit and the bike is perfect. We are looking forward to the second week. Let's see if we have a bit more luck with the strategy and we can keep up the pace and climb positions. 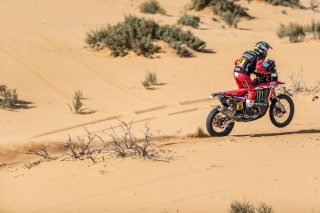 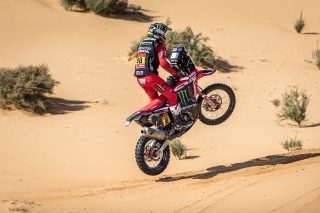 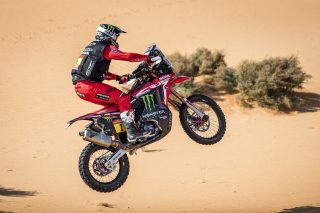 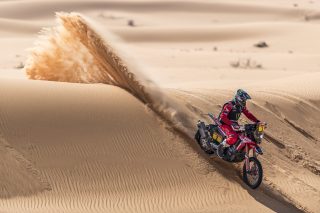 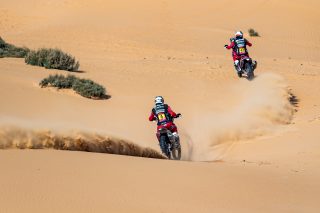 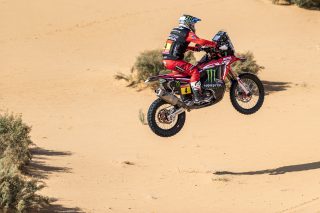 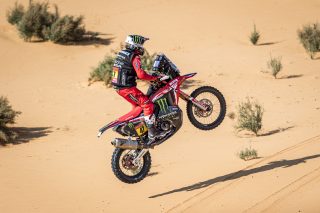 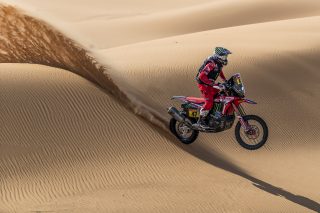 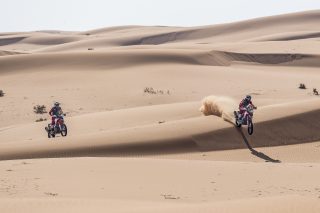 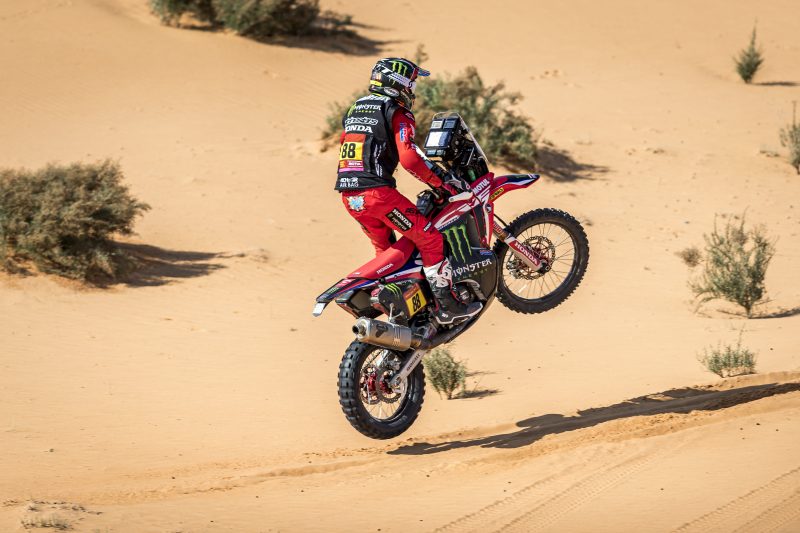