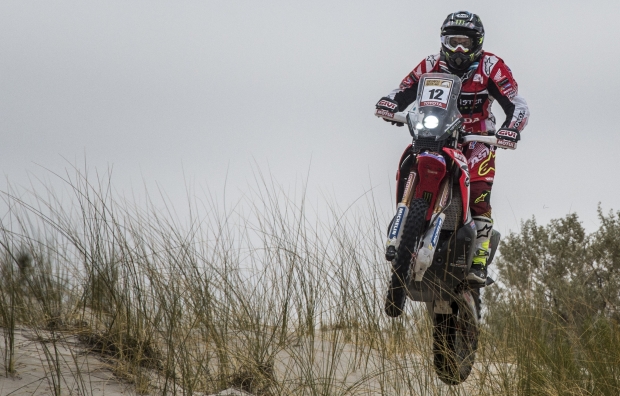 Kevin Benavides is once again back on top of the overall leader board at the Desafío Ruta 40 after the fourth stage disputed today (Wednesday) between Belén and Tafí del Valle. Another highly-positive day for the squad who are now eying up places on the final podium with just one day still to run.

The penultimate day from Belén to Tafí del Valle brought with it yet another twist at the top of the table, occupied for the third day running by a member of the Monster Energy Honda Team. The 300-kilometre trek turned out to be different from the previous ones as the riders were confronted with dried-out riverbeds, near untraceable routes, mountain track at 3000 metre altitudes and even some very fine sand dunes.

Kevin Benavides commanded the special with a slick time, due in part to his ability to find a tricky waypoint in the roadbook, which wreaked havoc with the rest of the field, causing most rivals to drop precious minutes. In spite of being left, once again, without the GPS, the Argentinean was able to deftly follow the roadbook to make it through to the finish-line with the day’s fastest time.

Benavides now leads the Desafío Ruta 40, with a ten-minute advantage over fellow Monster Energy Honda Team rider Paulo Gonçalves, with just the final stage to go. The final slog will be held tomorrow between Tafí del Valle and Tucumán, with 180 kilometres against the clock. The stage will take in mountain trails, river crossings, another ascent to over 3500 metres over sea-level and finishes on very high-speed tracks in the wilds.

Michael Metge and Ricky Brabec were both able to complete a good stage, bringing the Honda CRF450 RALLY home with the second and fourth fastest times of the day respectively. The American holds fifth in the overall rankings and the Frenchman ninth.

Paulo Gonçalves, the winner of yesterday’s stage, opened the track today for a large part of the day, until a navigation error and a subsequent fall spoiled his chances of a better result than seventh. Nevertheless, Paulo still keeps second place overall as the race goes into its final day with a ten minute deficit to make up on team-mate Benavides, but a twenty-three minute advantage over the third place rival.

Today I opened the track and had a good special until the refuelling. Then I continued well, until kilometre 160; I went the wrong way and I started to get back on track until I lost the back brake. I had to slow up a bit for about 100 kilometres down the mountain tracks. I think I had a good stage overall despite the error. I had a fall too but without consequences as I was able to make it to the end without problems. I'm ready to get going again tomorrow.

Today I started the day quite calmly, until I got to CP1 and I saw that there was still some difference with Paulo, so I decided to push hard but at 30 kilometres the GPS went off and I had to navigate with the roadbook. I was able to pass Quintanilla and I found Paulo and Ricky who had stopped to see how Paulo was after he had fallen. We rode together until the end of the special. With all that has happened in the Ruta 40, I think we have to take it easy on the last day. We have a small advantage, but the race is over when the flag comes down and we have to finish.

Stage four was quite slow for me - we made a change to the rear shocks. I was hoping it would be better, but it turned out to be a little bit harder to ride in the sand and in turning, so that took a while to get used to. After the refuelling, we all got in a group and started making our way to the finish. We are all here. I think Paulo and Kevin are still good for the overall win tomorrow, the final day. So I think that if we just take it easy and trail ride I think we’ll get the top honours in the end.

It was a very difficult stage, like yesterday, with many tracks and rivers, a good part in the mountain with technical track. At first it was not going well, because I had to centre the wheel which was a little displaced. I lost a few seconds, but then I kept a good pace and I navigated well. The team has done a good job just like yesterday too. After the refuelling in behind Ricky and we both overtook Quintanilla at a good pace. In the dunes I made a bit of a mess of things, but I came out with all the Honda drivers and we rode to the finish almost together as a group and that was great. 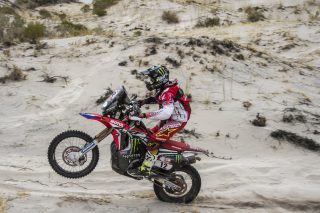 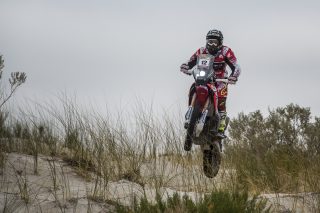 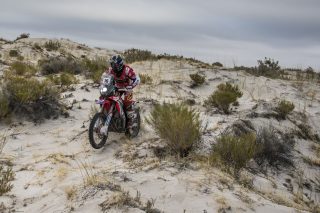 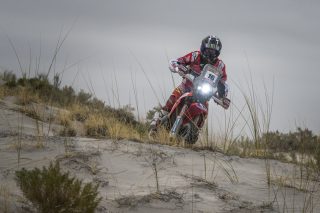 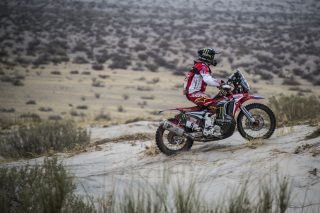 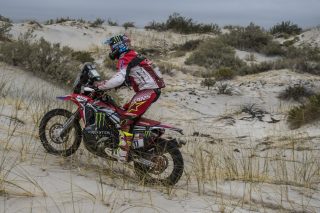 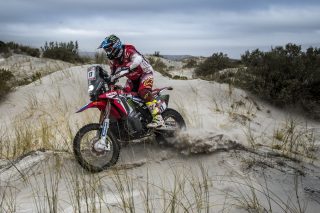 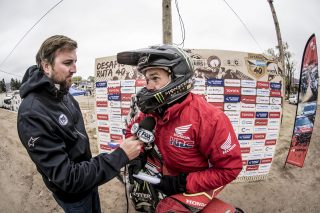 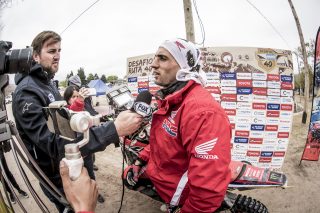 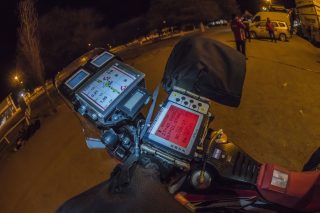 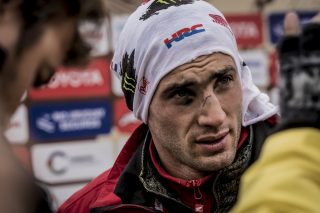 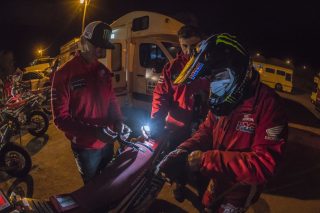 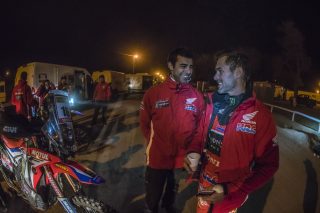 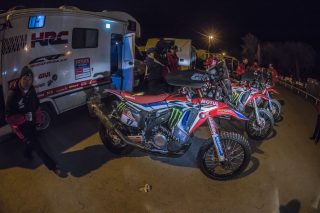 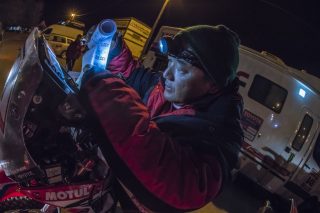 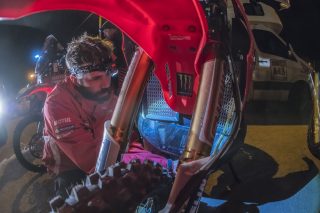