A more-complicated-than-expected third stage of the 2019 Dakar served up a mixed-bag result for Monster Energy Honda Team: Kevin Benavides gave himself a birthday present by climbing the leader board to second overall spot on the same day that team-mate Joan Barreda was forced to abandon the race.

It was double congratulations for Kevin Benavides who was wished happy returns as he headed out from the San Juan de Marcona bivouac on his birthday this morning and again after an excellent stage performance by Argentinean rider when he arrived back. Monster Energy Honda Team’s Benavides had been in the running for the stage victory, but had to settle for third place on the day, 2’37 behind the stage winner. Benavides thus moves up the general rankings to find himself rubbing shoulders with rally’s top guns.

The agenda of the day saw riders set out from the bivouac at San Juan de Marcona to start the first special of the day five kilometres later. The timed section concluded some 264 kilometres later followed by a short two-kilometre liaison section which brought the riders to a second 65-kilometre special. Before arriving back at the camp in Arequipa, it was back in the saddle for a 461-kilometre jaunt to take the mileage to a whopping 800 kilometres.

It proved to be a tough physical test for Paulo Gonçalves who held a swift pace to place a fine sixth on the day. Brabec suffered the setback of being forced to open the track which led to a twelfth place finish. Meanwhile, ‘Nacho’ Cornejo was forced to repair a damaged chain on the Honda CRF450 RALLY after went out from the .

In stark contrast to Benavides’ excellent stage, Joan Barreda had to make a premature exit from the 2019 Dakar. The Spaniard came across a low visibility foggy and rocky area whilst opening the track, lost control of the bike which went into a slide down a ravine which it proved impossible to escape from. Barreda’s Dakar had ended at kilometre 143. The rider from Castellón’s final score-sheet reads: one stage victory on the opening day, taking the Dakar stage victory tally to 23 and two days at the head of the overall rankings.

Tomorrow brings the first leg of the marathon stage. Competitors can look forward to 352 kilometres of special out of a total route of 511 km before the entourage makes it back to the camp in Moquegua, where riders will be left without the possibility of outside mechanical assistance unless it be from fellow team-mates. For assistance riders will have to wait until the bivouac in Arequipa.

Today was quite long stage, quite similar to yesterday’s with lots of sand and many dunes. I have felt very comfortable and with a lot more confidence. I was able to push with a good pace, but it was a pity about an error just before the refueling that made me lose more than 10 minutes, but the important thing is that I was able to finish. I have good feelings, tomorrow the marathon starts and I want to do well. 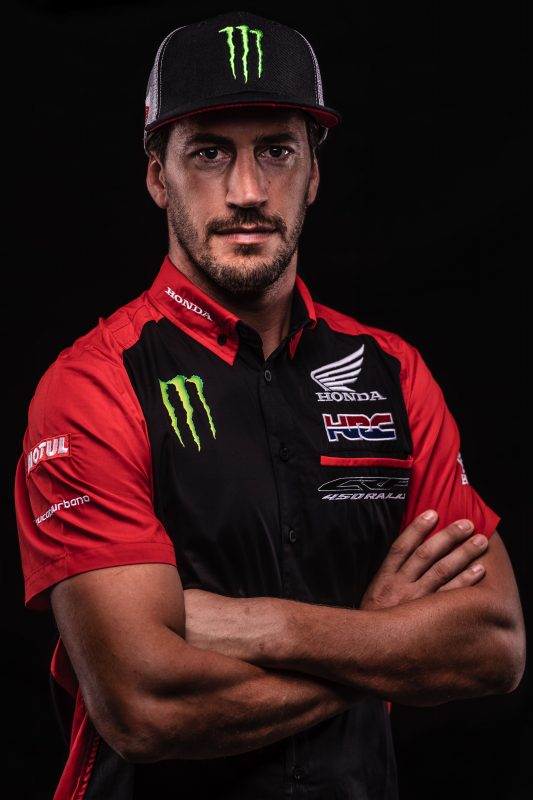 Sadly the Dakar ended for me today. It had been going very well, opening the track and pushing the riders ahead. When I reached the mountains I found a lot of fog that limited my visibility. Following the directions of the roadbook and the GPS I reached a cliff, when I tried to return I saw that Walkner had also arrived, they saw me and stopped and were able to turn around, but from below it was impossible for me to climb back up. I tried to go down further and look for a route out along the ravine but it was impossible.

Today a chain tensioner came loose and I rode for a long time with the loose chain because I had not noticed. As a result, the engine casing got a bit broken and I started to lose a little oil. Luckily I realized, I tightened the chain and I was able to get assistance to repair it. I lost some time but it was that or to stay out of the race. We have some days left to make up the time.

The stage was tough. There was a lot of sand dunes and a lot of navigation. I ended up opening a lot of the stage. There was a lot of fog there. Joan went down a ravine or the wrong side of the mountain or something. I really had to go slow there. At kilometre 178 there was a really difficult waypoint which was not where it was shown in the roadbook. I spent fifteen minutes looking around for the way point and rode around for 30 kilometres. It was a bad day. We’ll have to make it up. But for me, in my mind, it’s going to be tough.

Today was a very long day. I took advantage of having a good starting position to attack. I felt comfortable with the bike, I made some navigational mistakes but in the end it was a good day. I’m happy to climb some positions in the general and I’m gaining confidence every stage. It is not bad to move up to the second position of the general on my birthday.

Today was a difficult day for the team. The Dakar ended for Joan who went down a ravine in a conflictive navigation area in a lot of fog, where he was unable to get out and was forced to retire from the race. The rest of the riders also had some navigation problems, however Kevin managed to finish third. Meanwhile, Ricky had the disadvantage of having to open the track for much of the special. Nacho had a mechanical issue - the chain came off and he had to repair it. Paulo had a good stage and is getting better and better. Now all we have to do is prepare the coming days well, especially as we now have the marathon stage. 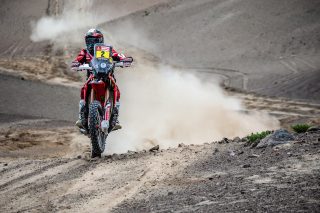 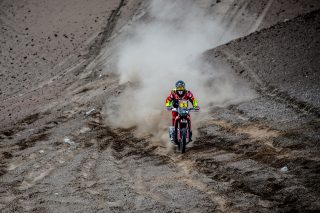 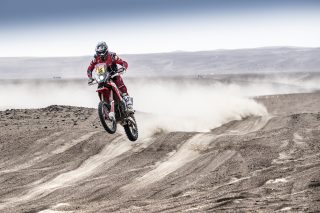 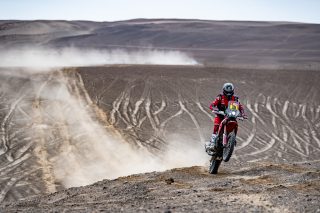 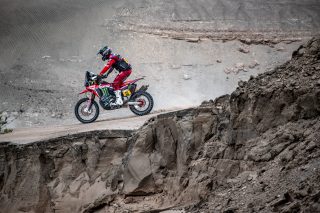 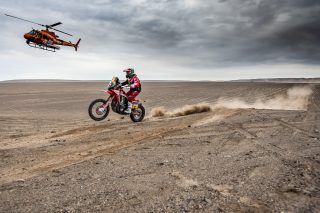 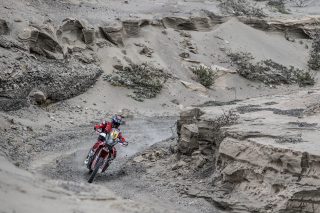 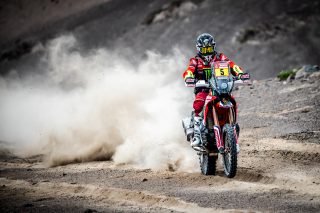 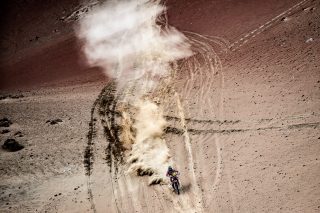 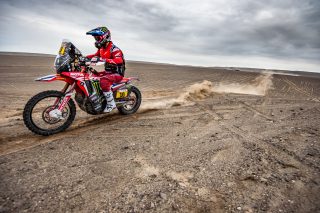 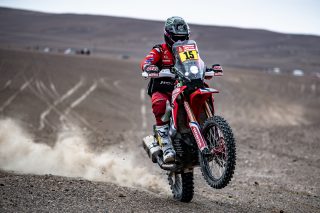 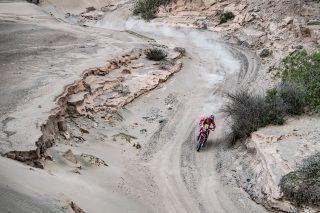 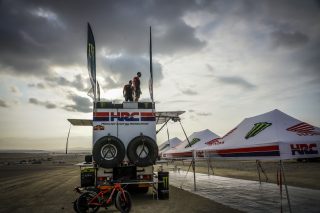 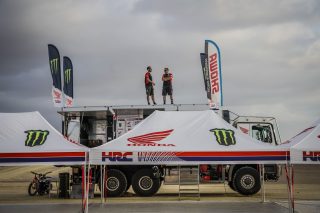 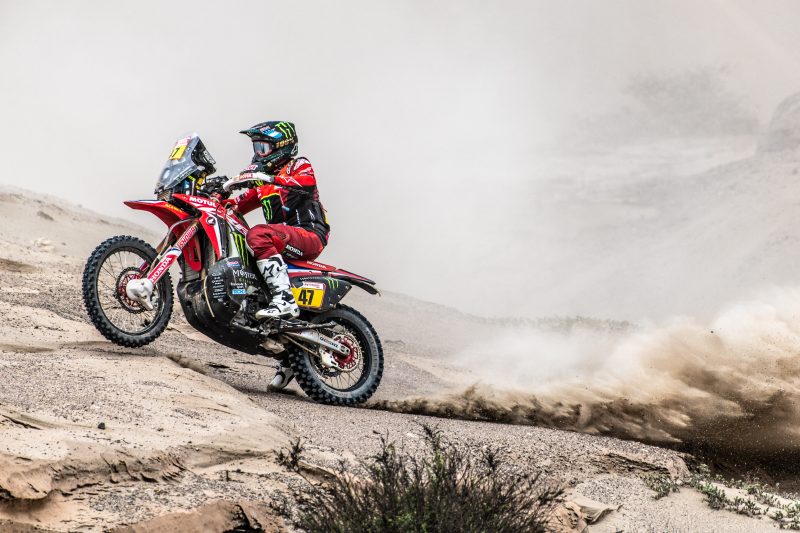