Paulo Gonçalves has refused to throw in the towel, and remains locked in the battle at the head of the Dakar 2015 course. The Portuguese star grabbed third place in the rally’s twelfth day of racing, behind Joan Barreda, and goes into the final showdown tomorrow 17’49” off the leader, but 7’29” clear of the nearest third place pretender.

Rosario, the city where the race started from last year, played host to the last but one Dakar assault and featured the longest liaison section so far encountered, at 726 kilometres, with a modest 298 km timed special. It was a relatively complication-free affair, not too navigationally demanding, but not without its dangers either, with regular incursions from animals popping up at various points on the route.

Joan Barreda, once more, opened the way and was once again untouchable, crossing the finish-line outside Córdoba on the Honda CRF450 RALLY without having been reached. He recorded the second fastest time in the special.

Hélder Rodrigues, had it tougher, heading out from behind and having to eat a lot of dust before the day was done. Hélder chose the prudent option and sat it out with the group instead of going for the high-risk overtaking alternative.

All Team HRC finishers thus find themselves congregating the top-ten for the first time in the Dakar 2015. Laia Sanz scored a notable tenth, and barring eventualities, should hold on to eighth on tomorrow’s final leaderboard.

Argentine local-boy Javier Pizzolito again was the top Honda South America Rally Team finisher in 12th. Brazilian Jean Azevedo registered his best stage to date with a 14th position at the end of the special, and hops two places up the overall rankings.

Right to the end!

None of the drivers in the Dakar consider it over until they reach the end of this final day; and for good reason, because every year at least one competitor retires during this final stage. Caution is the name of the game on the fast tracks of the special stage, at the very least for those who haven’t got a position to defend. Because reaching the podium of the 2015 edition at the Technopolis in Buenos Aires is the ultimate goal which they have come to achieve. Today was a very fast stage – the surface was all track, and it was very slippery for practically the whole distance. I open the road throughout the special and it was a bit dangerous because I kept coming across animals that had strayed across the track, and even police coming in the opposite direction. Anyway, I’m pleased because I was able to maintain a rapid pace. There is only one stage still to go, and we are going to do everything in our power to get Paulo to his goal.

Well, only one stage left to go. I had to take it calmly because it was a long and very slippery special. I’m really pleased with the way that it went, as it allows me to hold second place and fight for a good place on the podium. But we’ve got to stay focused to not make any serious mistakes. Anything can happen on the final day.

The penultimate stage has been a very technical one because the track was very slippery. I caught up with Ruben Faria and Quintanilla and I had to ride with them for over 100 km, without being able to overtake, and having to swallow a lot of dust. Now there is just one special left, and tomorrow I start from a good position, which I hope will allow me to finish the Dakar with a good result.

It was a great stage until I caught up with Fabien Planet and had to ride behind him and I was unable to get past because of all the dust that he was kicking up. I lost quite a bit of time behind him, but it just wasn’t worth taking any chances. The big setback has been that Jake has made up a bit of time on me and could overtake me in the overall standings. I’ll try and keep him in check until the end. 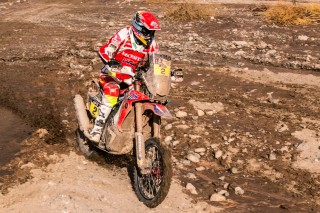 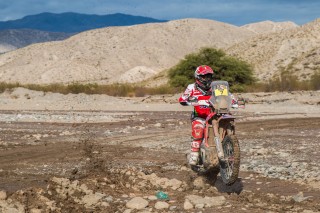 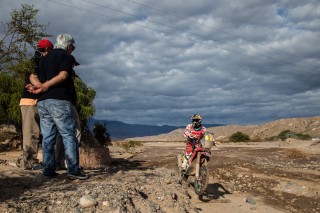 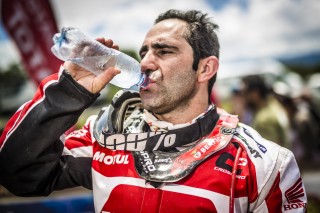 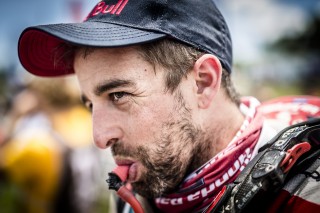 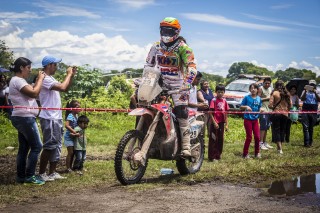 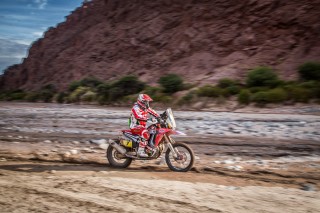 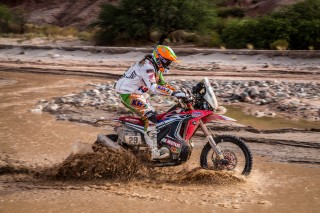 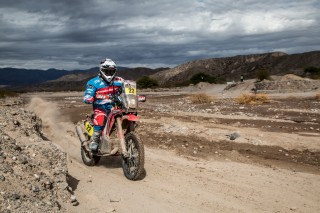 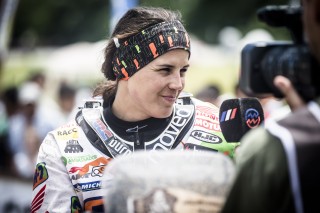 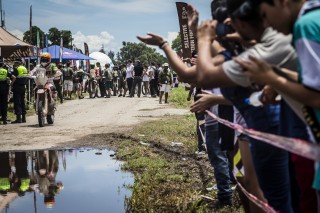