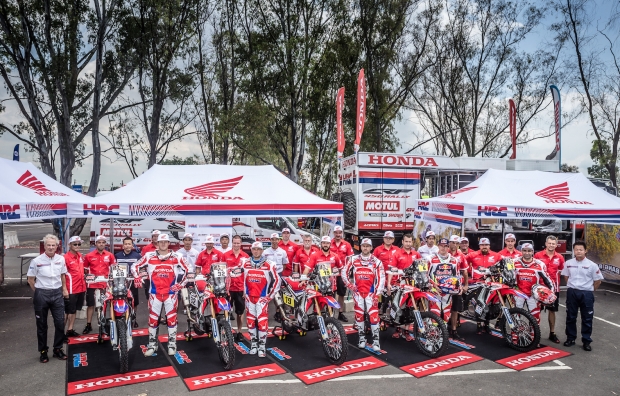 Team HRC made the most of a day off in Buenos Aires today after a busy couple of days of final preparations which culminated with the entry of the vehicles into the parc ferme.

The five Team HRC riders spent New Year’s Day relaxing before taking up the great challenge tomorrow that is the 2016 Dakar Rally. There was nothing on the agenda bar the preparation of the first stages which are expected to be complicated due to the presence of rain in and around the city of Buenos Aires. Likewise, storms are expected over the early stages, especially in the opener from Rosario to Villa Carlos Paz. Changes in the race route look increasingly likely too.

Tomorrow, 2nd January, sees the curtain raising event set off from the Buenos Aires’ Tecnopolis complex. The starting order will be a reversal of the rider’s numbers, meaning that last year’s runner up, Team HRC’s Paulo Gonçalves from Portugal, will be the last rider to take the starting line. It is expected that by 17:00, local time, all the participants in the bike category should have completed the prologue in the Arrecifes area to the north of the Argentine capital. The prologue will dictate the starting positions for the first full stage of the Dakar 2016 and will establish the race’s first leader.

THE FIFTEEN MINUTE WARM-UP
The competitors are timed over a distance which is long enough to separate them into a logical starting order for the next day, but not really long enough to talk about a first day of competition. The mini-special section and the liaison section to the light bivouac of Rosario should not cause any damage… unless drivers are really unlucky and/or reckless!

This year will be a very tricky one with so many rivals looking for the victory. Everyone is really well prepared and really strong, but Team HRC are too, so my aim is to be in the running for an overall win, without forgetting that it will take cold blood and I will have to stay calm and do a good job throughout the fortnight. I have to take advantage of my speed on the bike and my good navigation.

We are about to get underway. I start the Dakar with some good feelings. It’s a really tough challenge and you have to have your wits about you, without making any mistakes and always navigating well. My aim is to try and get a win for Honda.

We have a great team and we are going to fight for the top positions. Personally I feel really strong physically and in this Dakar it is going to be really important to keep a good concentration so as to not make any mistakes as well as navigating well and being quick too. I want to stay close to our riders in case they need any help. If we all do a good job, we can get a good result on the podium in Rosario.

To be here at the Dakar with Honda is a dream that will come true tomorrow. I hope to be able to help the team towards its common objective. To have a good Dakar you have to have good navigation, good pace and be very consistent. I hope to have a safe race without falls or mistakes because I could be important for Joan and Paulo.

In my first Dakar I think that I have to ride well, safely and with a good pace. The speed, the navigation and the concentration are all fundamental aspects of having a great race. I hope to ride intelligently and not make any mistakes and hopefully help my team mates to finish as far ahead as possible in this Dakar. 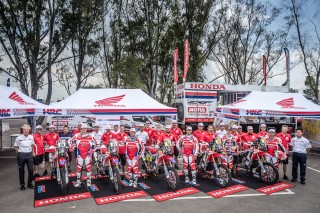 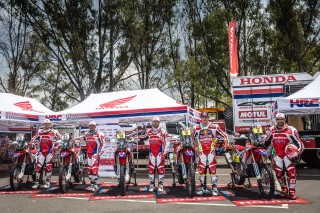 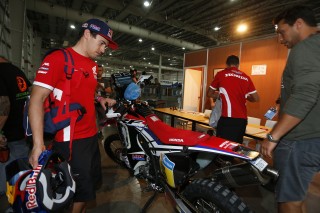 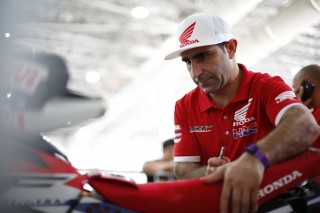 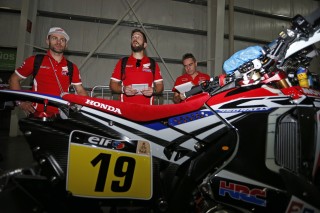 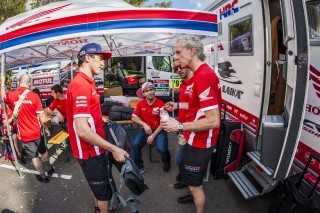 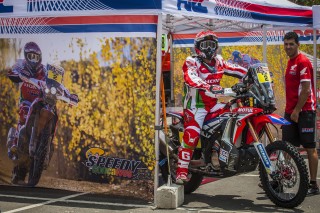 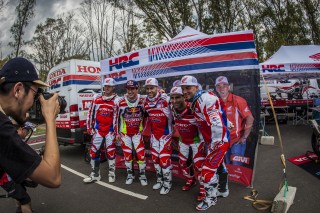 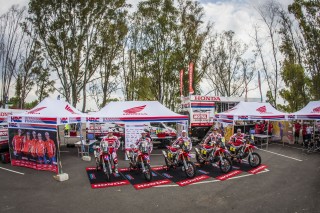 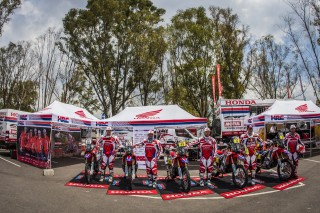 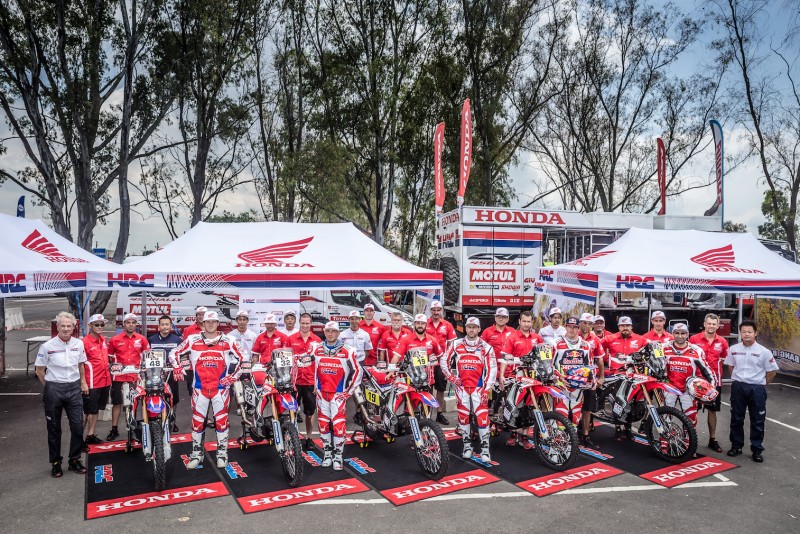