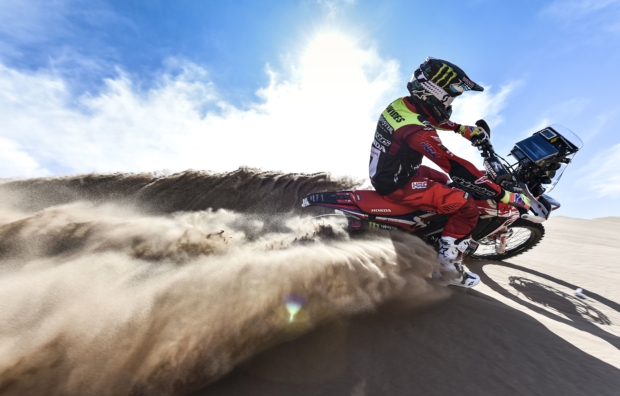 Chile’s Atacama Desert, from Monday through to Saturday, will be the battleground for the third round of the FIM World Cross-Country Rally Championship, with Monster Energy Honda Team poised and ready to undertake the challenge.

Kevin Benavides, Ricky Brabec, Joan Barreda and José Ignacio Cornejo have now made it through the mandatory administrative and technical checks which permit them to compete in tomorrow’s Atacama Rally – the third round of the FIM World Cross-Country Rally Championship. The Monster Energy Honda Team riders were able get a first taste of the Chilean desert and make the final set-up adjustments before the Honda CRF450 RALLYs head out into action tomorrow.

Argentina’s Kevin Benavides will be looking to defend his Atacama Rally champion status, while his team-mates will likewise seek noteworthy overall results. Ricky Brabec gets to race alongside his team-mates for the first time this season and both Joan Barreda and José Ignacio Cornejo are on a mission to secure good daily positions in each of the five rally stages.

Tomorrow, Monday, kicks off with a 4.5-kilometre prologue in the Tierra Amarilla area, some ten kilometres outside Copiapó, where the result of the curtain-raiser will dictate the starting order for the first full stage the following day.

I am happy with the tests we have done. We have made some modification in the cycle part and now I'm feel very good. We are already prepared for the race. The Atacama desert is very demanding and the race will be tough. I hope to make a smart race and know when to attack to defend last year's victory.

We are in Chile, the first rally for me with the entire team and I feel really good: we have worked in some training sessions and I am happy to return with the team. The rally starts tomorrow with the prologue and the motorcycle and the team has worked well in the tests yesterday. Let's see what happens this week, because I wish to finish the rally well, with good results, good navigation. First we seek to end the rally, and, if it is possible, to win.

We are happy to be here in the Atacama, I arrive well and eagerly. I am very excited to be at the start and we will go every day to see how we will be. We are going to try to make a race with a good rhythm, but taking into account that it is a dangerous race, which will have to be stored in your pocket ...

We did the shakedown and the bike is ready. We also pass the checks without any setback, so we are ready for tomorrow's prologue, which will be very important for the rest of the race. We will have to push hard from the beginning. I want to make a good race and be ahead of the general. Let's see how this Atacama 2019 takes place. 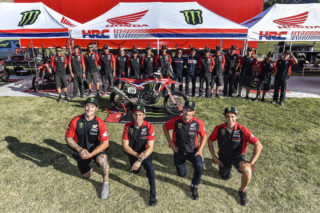 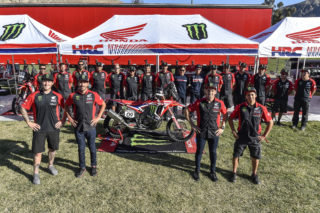 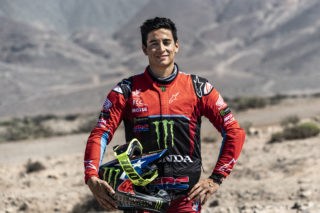 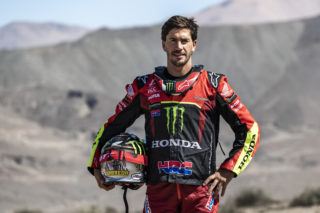 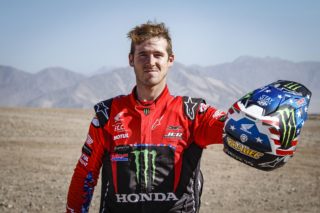 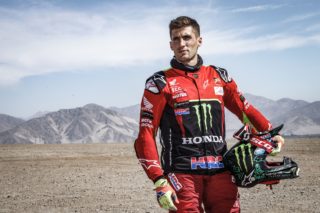 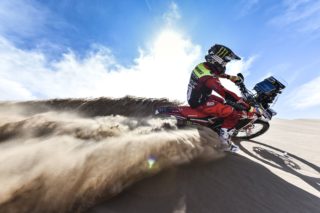 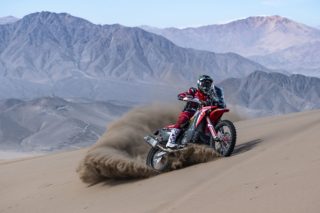 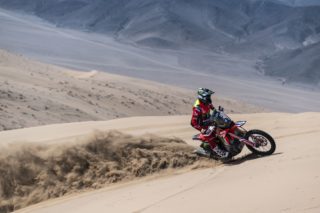 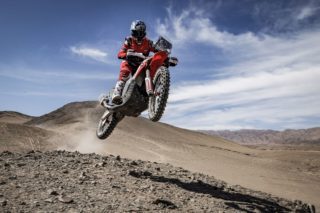 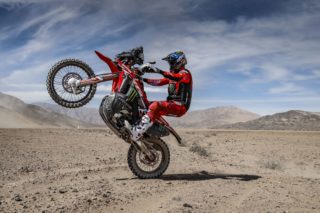 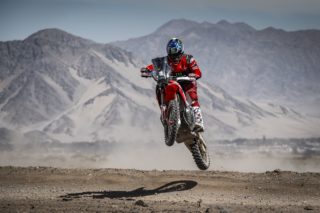 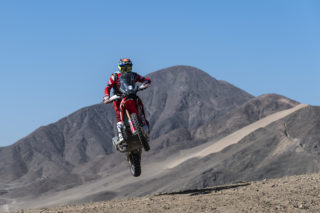 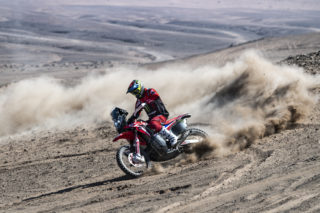 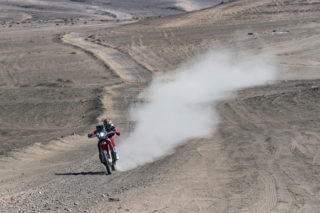 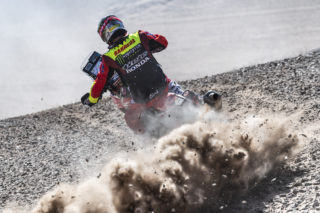 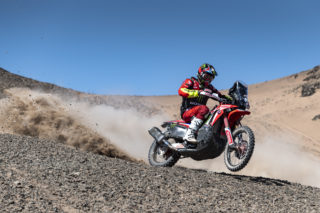 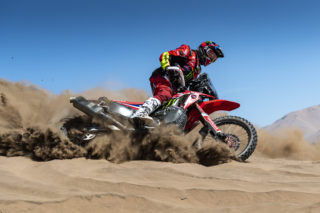 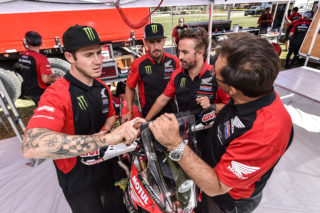 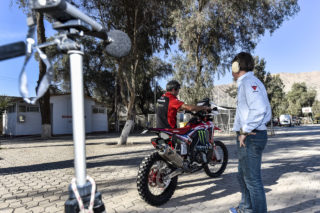 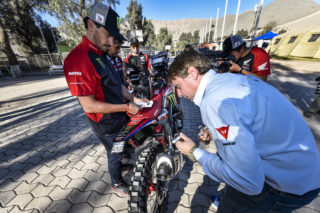 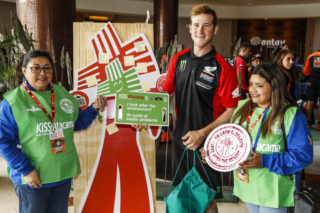 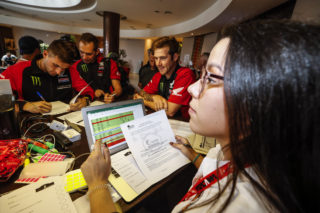 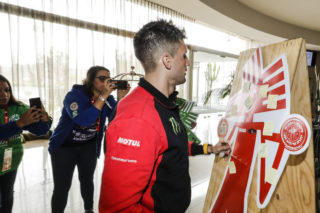 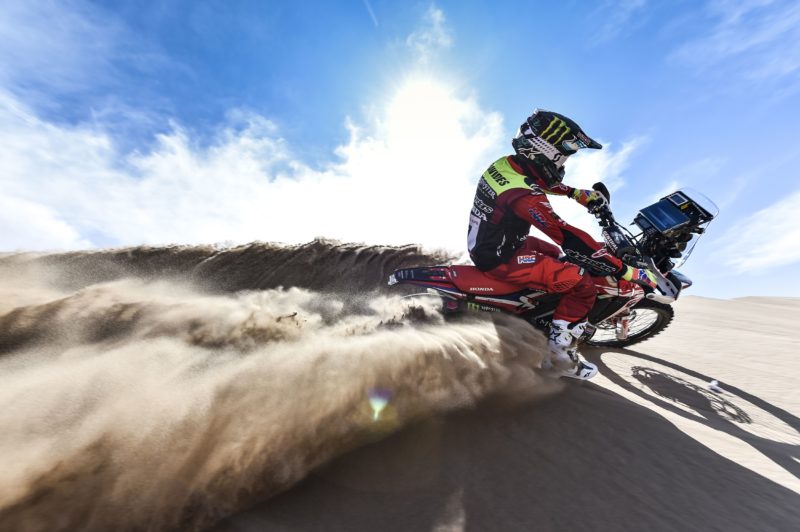