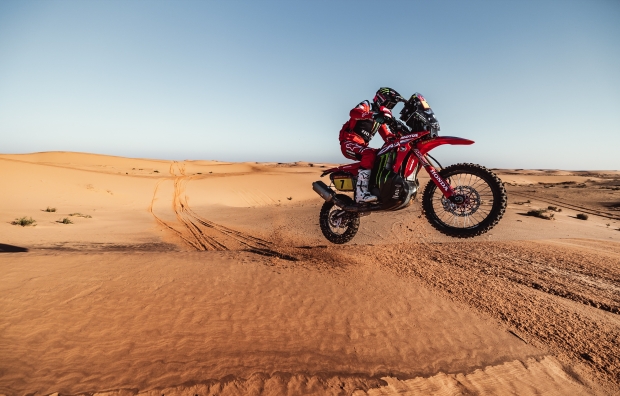 This was the longest day of the Dakar Rally 2023 so far, with the weather conditions forcing the ASO organization to change the structure of stage number six. Riders got up in the middle of the night to leave the bivouac in Ha’il at around four o’clock. In total they had to cover over 900 kilometers, with 367 of special stage composed with ample tracks, plateaus and a sequence of dunes. Arriving at Riyadh after more than 12 hours riding their Honda’s CRF 450 Rally, the three faces of the Monster Energy Honda Team made a solid stage.

Pablo Quintanilla was the fastest on the chronograph, with a sixth place (2:52s gap) that means he gets the same result on the overall standings. Adrien Van Beveren had to open the track after his stage win and had a regular day, finishing 11th (4:22s gap) – meaning he could still keep his 5th position in the overall standings. José Ignacio Cornejo was also opening the track (he was second yesterday) and was 8th (3:15s gap) and now closes the top 10.

Tomorrow the seventh stage of the Dakar Rally 2023 between Riyadh and Al Duwadimi was canceled due to the weather conditions. ASO was also sensitive to the level of tiredness observed among all the riders in the bike category to make this decision. The race will continue on Sunday with stage 8 as rescheduled, with the same route planned for stage 7, reduced to a length of 345 kilometers. 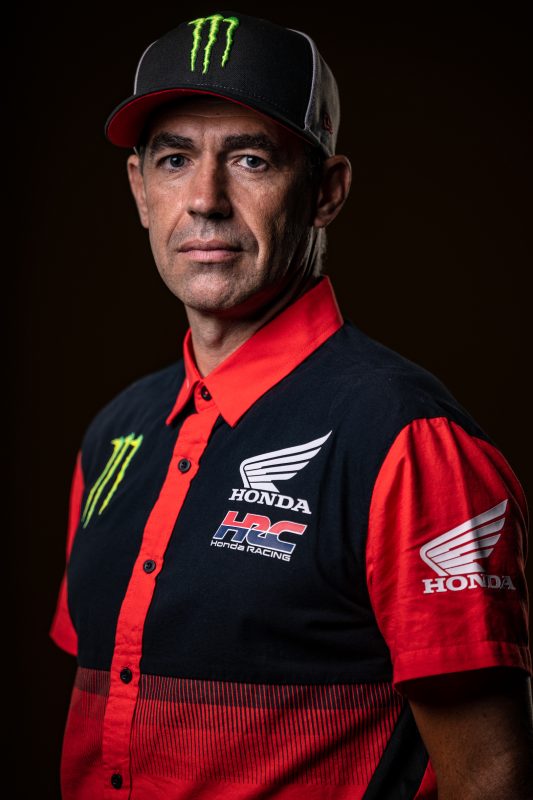 "We are in the first week of this Dakar Rally and we still have a long way to go. Today it was a very long journey for our riders, demanding a lot on their physical, resistance and technical skills. They did very well. All top riders are very close at this moment, so we just have to keep going with the same consistency and ambition". 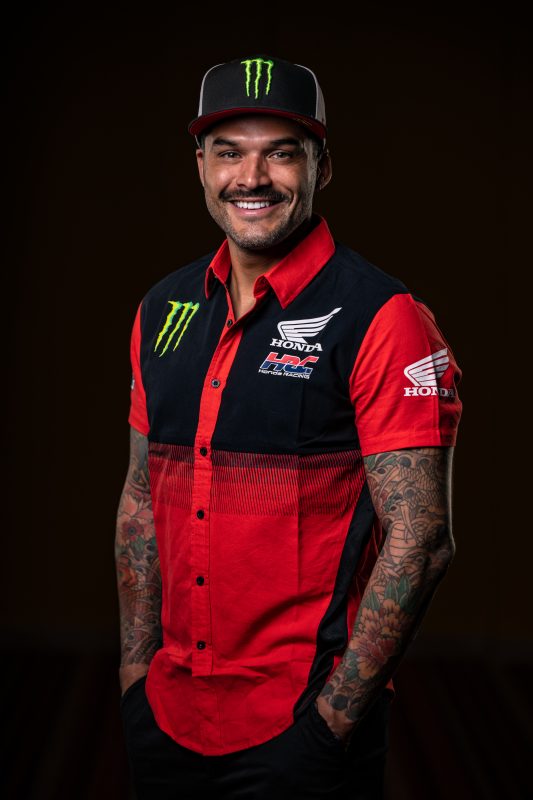 "It was another very hard and long day, quite similar to what we have faced yesterday and the day before. Dunes, sandy, piste, vegetation and some tricky points for navigation. It was rough for the body and also for the machine. I felt good and could ride all day in a good rhythm, riding alone. So I will keep focused on my own race and do my best”. 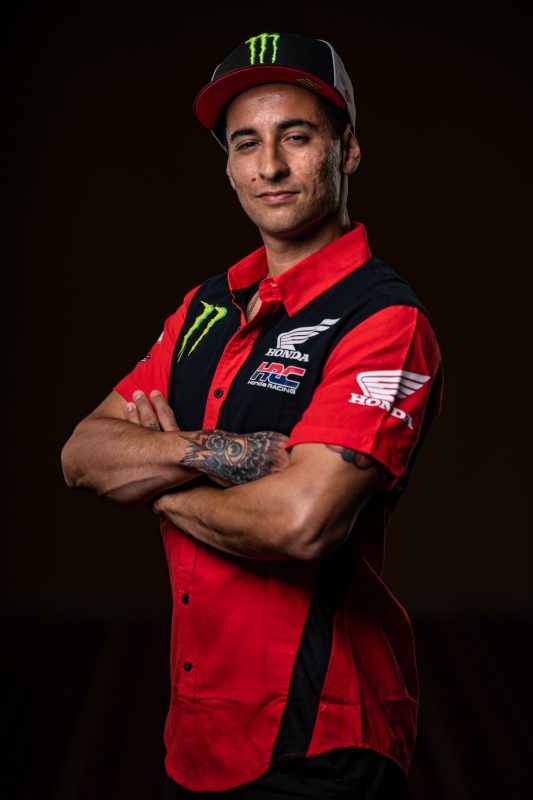 "Today was quite an adventure! We were opening the track and I think we did a great job. We finish in a good position for tomorrow and I am glad I could face this intense 12 hours in my Honda CRF 450 Rally and be back safe at the bivouac". 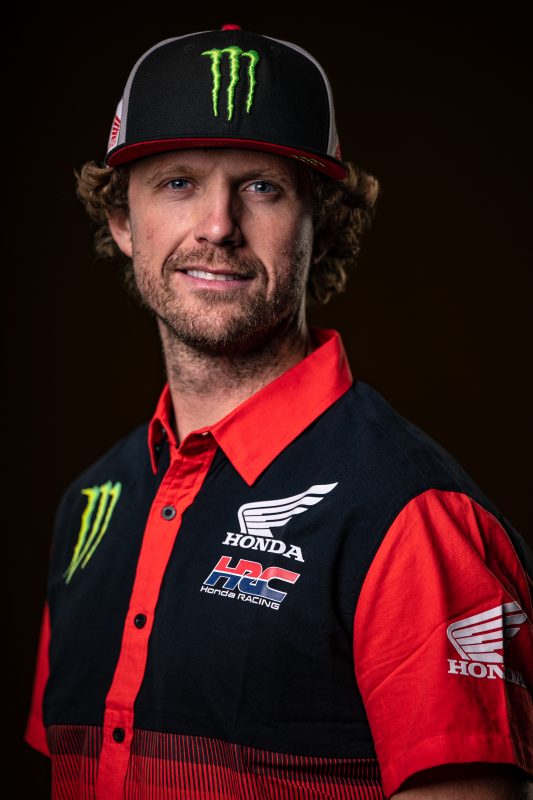 "Considering that I had to open the stage, I am very happy. It was a good day. I was opening almost 200 kilometers and then I made a little mistake, but was able to go back and continue at a good pace until the end". 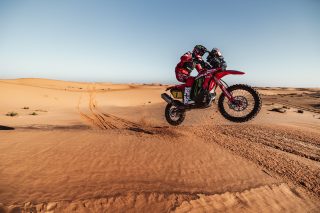 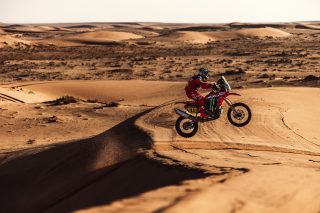 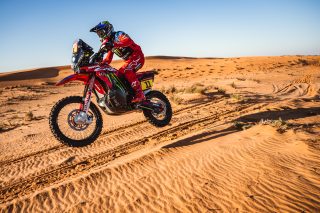 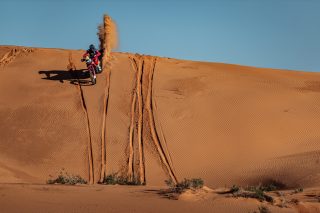 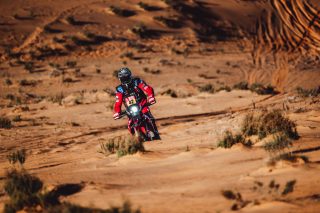 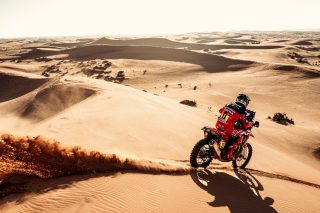 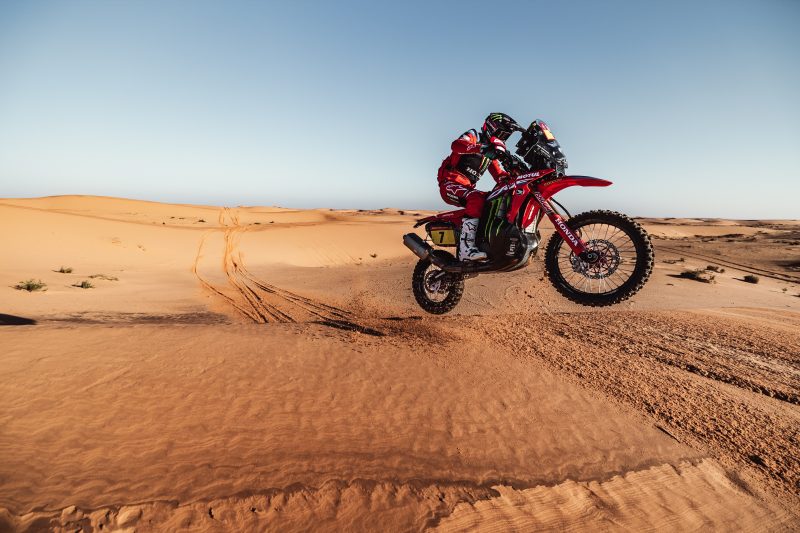